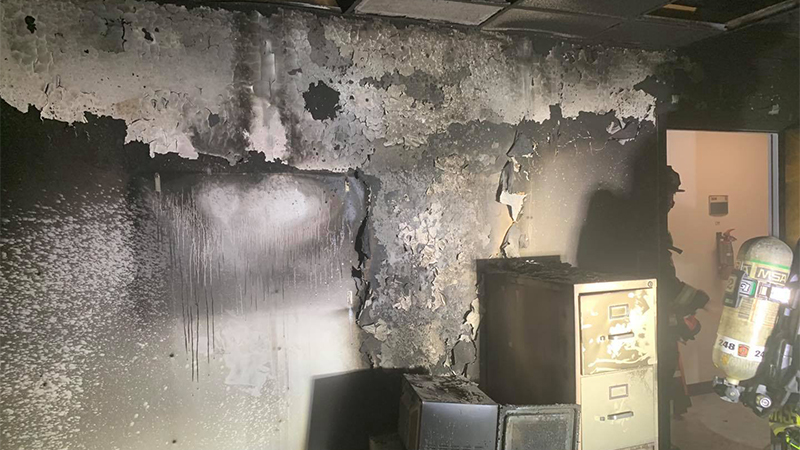 Emergency Communications was contacted at 9:31 p.m., and the first unit arrived on scene at 9:35 p.m., according to a city press release.

Upon arrival, crews found minor smoke showing on the first and second floors of the three-story brick structure, with heavy smoke showing in an office on the third floor. There was no active fire upon arrival; however, the office sustained damage to the ceiling tiles and walls, with significant smoke damage to the office suite and the third floor. There was no extension to other offices. Crews are in the process of ventilating the building.

There were no injuries. The Fire Marshal’s Office will be investigating the cause of the fire.