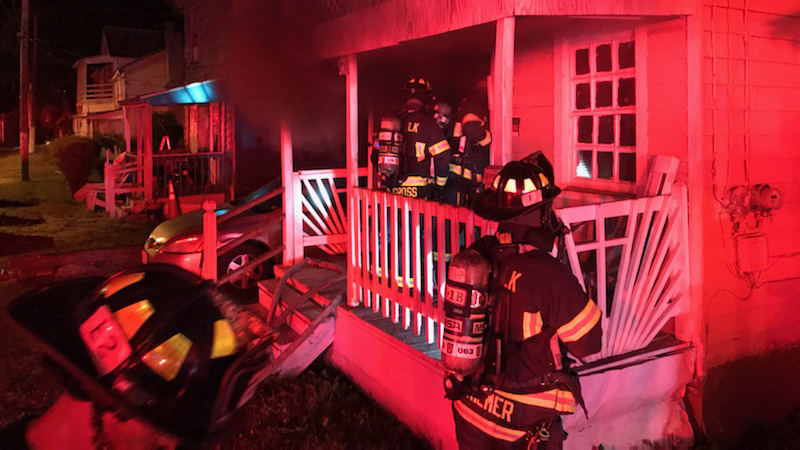 Suffolk Fire & Rescue responded to the scene of a residential structure fire early Wednesday in the 400 block of Wilson Street. The fire was reported at 2:49 a.m.

The first units arrived on the scene at 2:55 a.m. and found a two-story duplex with heavy smoke showing from a vacant downstairs apartment, according to a city press release. Crews entered the apartment building and found a small fire in the front room of the downstairs apartment. The fire was contained to that room and was marked under control at 3:03 a.m. No injuries were reported. No one was displaced as a result of the fire.