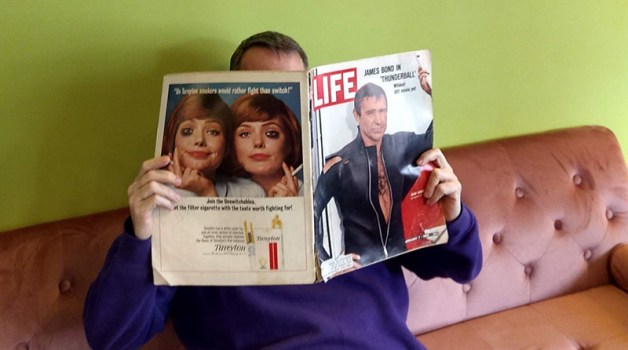 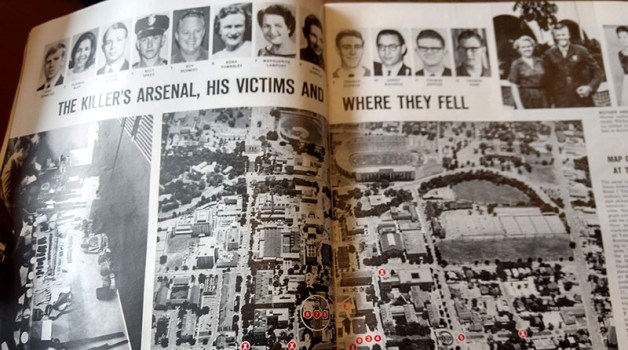 As I walked into the Mod Olive, the retro feel of the atmosphere struck me. The green and orange wallpaper, the hard rectangular couches, old cigarette machine in the corner, and the open bookcase as you walk in. On the retro bookcase, my eyes are immediately drawn to a magazine cover with a dark sphere with neon spikes all over it. I thought I was looking at the coronavirus; however, the date on the LIFE magazine cover was from 1966.

As I sat down, I took the magazine with me to read. The opening line of the cover story described the cover as a “Communication satellite glowing with nuclear energy.” It ended up that the sphere on the cover was influenza, and the cover story was all about the differences of viruses from bacteria, the value of vaccines, the body’s ability to create antibodies when exposed and the importance of remaining clean. I could have been reading a modern-day article about COVID-19. The only difference was that they did not try to explain anything in 140 characters or less. The use of words to impress the reader was abundant in every article.

As I perused the other articles in the magazine, as much as I was walking back in time, I was reading about modern-day issues. There was an article about inequity in the workplace headlined “Jim Crow in Unions.” There was a featurette about Barbara Walters and the impact she was having in broadcast news. She was twice as good a writer, but still working twice as hard than her male counterparts, especially now she was in front of the camera. Barbara sums it up by saying, “Either you can be the nice girl reporter who doesn’t offend anybody, or you do what you can and everybody doesn’t love you.”

The article goes on to share how her days typically run from 4 a.m. to midnight. She speaks candidly about her anxiety of having children and whether she can “have her cake and eat it too.” Finally, she discusses the challenges of a women’s role in the home versus a man’s, providing the example of still having to plan the menu for the week.

As I ordered my French dip with Mediterranean pasta salad, I perused another issue. On the cover of this one was a bullet hole in a sheet of glass. In this issue were two current affairs topics — a mass shooting and the credibility gap.

As President Johnson discussed the Vietnam War, there was discussion of whether America was getting the whole story. Many Americans were not satisfied with the explanation of the body count that came back from the war. To better understand this, the magazine sent a dozen reporters to a small town in Ohio to evaluate whether the “Credibility Gap” was real or just Washington spin from the Republican Party. As they got beyond the concern over the “outsiders” in their town, the reporters were able to speak with family and friends of Pfc. Wuertz, a recent casualty of the war, who felt they had more questions than answers. Many of them offered this sentiment: “Any President has a lousy job. I think Johnson is doing the best he can. I wouldn’t know whom to put in his place.”

Continuing through this issue, the cover story went into the details of a sniper shooting on a college campus in Texas. The story had several pictures from amateurs that had “cameras in their purse or car” as the author gave details about the 17 killed and 31 wounded. He shared the story of a man killed while trying to protect a young pregnant woman. Unfortunately, the lady went into labor and the child was stillborn. You turn the page and you are given a spread of the college campus with an overlay of where each person was shot over the 90-minute period before the sniper was killed.

As I agonized over my choice between the apple cobbler or the tall cheesecake with fruit topping,, I grabbed one more issue featuring famous Brit Sean Connery on the cover. The cheesecake was more delicious than the lackluster article on the latest James Bond film, “Thunderball.” The article was critical of America’s fascination with the suave British secret agent and his debonair accent that distracted us along with the seductive moments, and futuristic gadgets that allowed Americans to ignore the unoriginal plot lines. This could have been an article trying to explain America’s fascination with Harry and Meghan and their family drama that could be found in any suburb.

As I continued to flip the pages, I got to the real story: America’s interest in outer space. Gemini 6 and 7 were sharing their photos of circling the earth and passing each other in orbit. As much as we are entranced by the Mars Rover in today’s headlines, we were focused on the newness of space and the rivalry of an Army astronaut vs. a Navy astronaut, as one of the photos is of one of the orbiter’s windows with the message “Beat Army.”

I retired to the couches in the seating area to finish my perusal. As much as the stories captured me, I chuckled at the ads. The Speedstick ad could have been one for Axe body spray. The makeup ads, I think I saw on Facebook this week, and let me not ignore Ma Bell encouraging households get a second line the same way Verizon wireless talks about how you can add phones to your plan.

I was entranced by the relevance of the stories from 1966 in the modern-day culture. The terms may have evolved from the “Credibility Gap” to the less-tactful “Fake News.” The people involved may have changed as the headlines remain. as in “Mass Shooting” or “Space, the Final Frontier.”

As good as Ed Beardsley’s food is filling and delicious, it is well worth the visit to the Mod Olive to view modern-day issues through the lens of another era. Reading the LIFE or Elks magazines may just spur a discussion around the table about a current headline.