All about family for King’s Fork grads 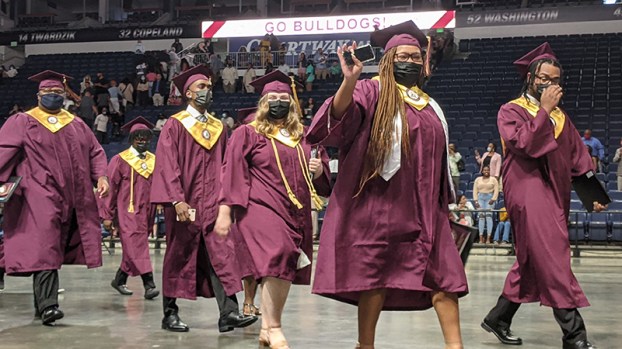 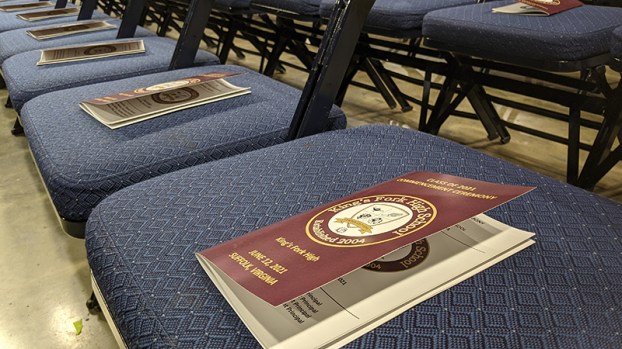 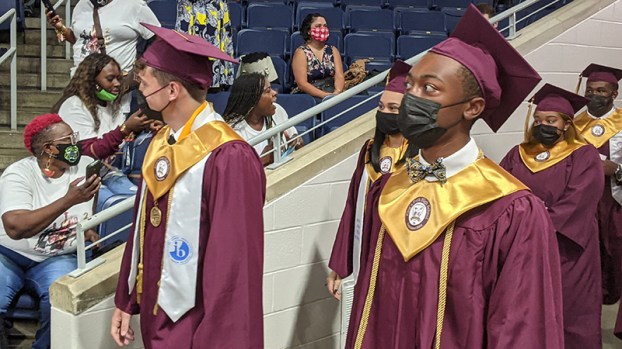 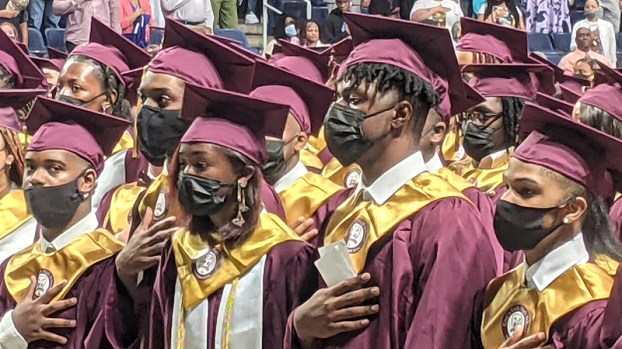 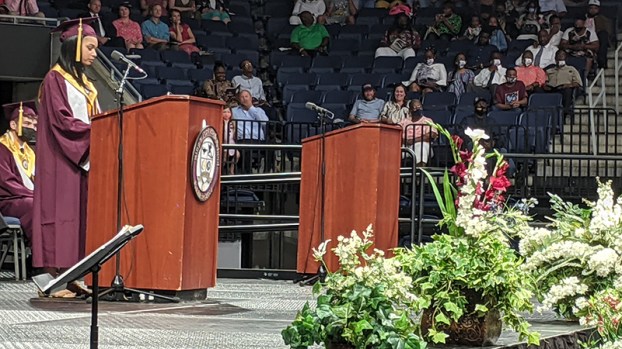 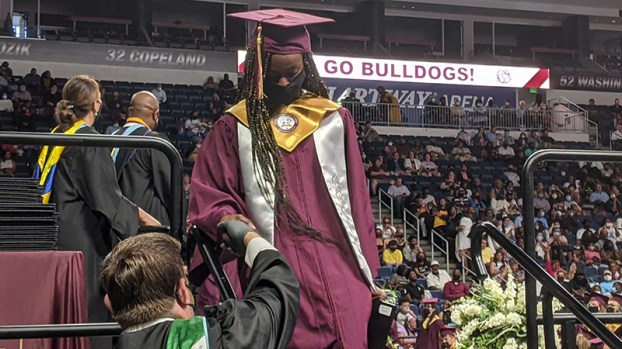 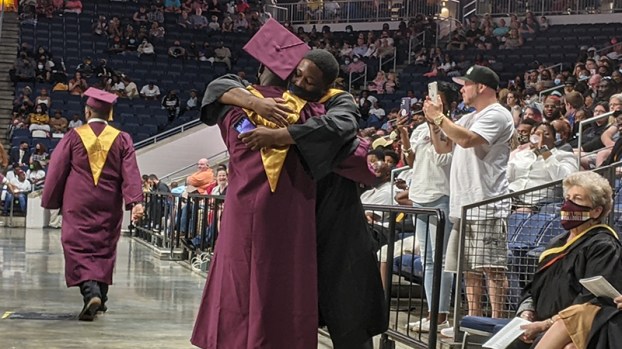 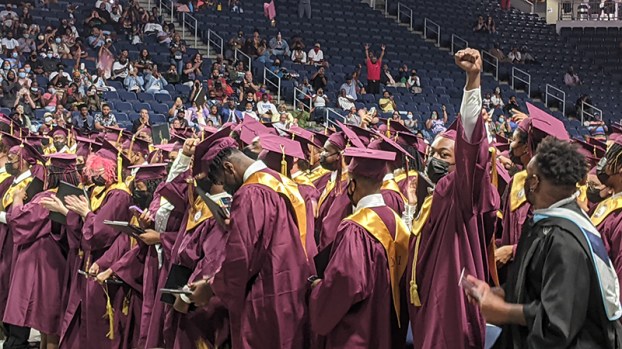 King’s Fork High School valedictorian Gabe Jackson said he couldn’t give his address without acknowledging how COVID-19 has impacted all of them.

“This was supposed to be our senior year, the year our class represents King’s Fork,” Jackson said during the June 12 graduation ceremony for the school’s class of 2021 at Old Dominion University’s Chartway Arena. “Yet most of us ended up behind computers for what seemed like forever.”

With as much as they have accomplished so far, especially over the past 15 months during the coronavirus pandemic, Jackson said graduation is “only the beginning for us” and that the next two years will be formative.

“This means that we need to start making the decisions to shape our future now,” Jackson said.

There is no guide to being who one wants to be, he said, but he knows the following to be true.

“The people who you surround yourself with are who you’re going to become,” Jackson said.

In his case, his role model is his mom, Kathleen Jackson.

“She always puts family first and is always open to talk,” Gabe Jackson said. “Actually, come to think of it, I couldn’t trade her for the world, and could never really repay her for what she’s done for me. She’s honestly amazing.”

He used his platform at the podium to get a rousing ovation for her.

The ceremony had other rousing moments, as the 358 graduates as listed in the commencement program were accepted to 77 colleges and universities and received nearly $2.9 million, so far, in scholarships and awards from colleges and community organizations. Quentin Livingston received the Superintendent’s Scholarship of $333.33, as Superintendent Dr. John B. Gordon III cited his outgoing spirit, willingness to help anyone and admiration by staff and peers while improving his academic standing and earning numerous athletic honors.

King’s Fork Principal Derrick Bryant said the graduates needed their parents more than ever, and they stepped up.

He called on the class of 2021 to seek out their passion, and said that his fear is not that the graduates won’t be successful, but that they won’t fail at anything.

“I challenge you to go out and seek out your passion,” Bryant said. “Nonetheless, brush yourself off, always get back up and embrace your next challenge with more resilience. But before you face that next step in your life head-on, take the time to identify what made you unable to achieve your individual goals.

“Many times this is a crucial step that students and adults alike forget to do. Take the time to find out where you went wrong and address it. With everything you’ve endured over the past 15 months, the fact that you are here today, sitting in the position that you are in is proof that you took the time to figure it out.”

Gordon noted the many achievements of the King’s Fork seniors who persevered throughout their high school careers while handling the rigors of being an International Baccalaureate World School.

“You have been a part of a very special family these last four years, and it culminates on this stage today,” Gordon said.

Salutatorian Brooke Barnes called on everyone to pat themselves on the back for the hard work and resilience throughout their high school experience. She said the teachers and staff at King’s Fork, as well as her friends, helped support and challenge her. Her family, she said, were her top cheerleaders throughout.

“After the ceremony, make sure to contact everyone that supported you through your high school journey,” Barnes said, “even if that person is yourself.”

Bryant cited Marvel’s “Avengers Endgame” and a scene in which Thor goes back to Asgard and had a conversation with his mother in which she said, “Everyone fails at who they’re supposed to be. A measure of a person is how well they succeed at being who they are.”

Bryant said that, in life, people often strive to be a version of themselves that other people want them to be. He came to Suffolk Public Schools, initially, to be a basketball coach. But through his interactions with students, he evolved into his current role as a principal.

“In my life, I’ve realized that it’s no sin to fail at being someone I’m not,” Bryant said.

Jackson, too, said it will be important for his peers to find their way and navigate the future.

“All in all, though, we shape our destiny, and our destiny starts here, right now,” Jackson said. “We need to make the decisions to be who we want to be.”