No injuries in tractor-trailer fire 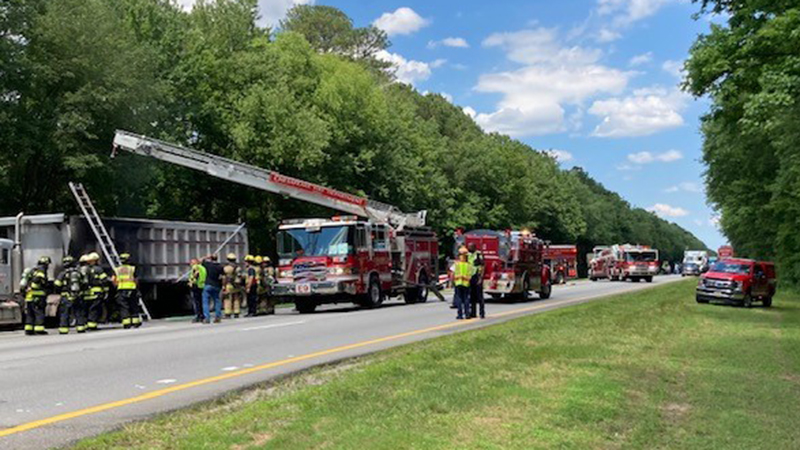 A tractor-trailer fire on Route 58 westbound has delayed traffic. (City of Suffolk photo)

A tractor-trailer fire on Route 58 westbound at the city line with Chesapeake has delayed traffic.

Suffolk Police and Suffolk Fire & Rescue, as well as Chesapeake Fire Department, were on the scene, according to a city press release. The fire was reported at 2:31 p.m. There were no injuries.

The roadway in the immediate area was shut down for an extended period of time, and detours were put in place.

The tractor-trailer was hauled to the SPSA landfill for further investigation into the cause of the fire.