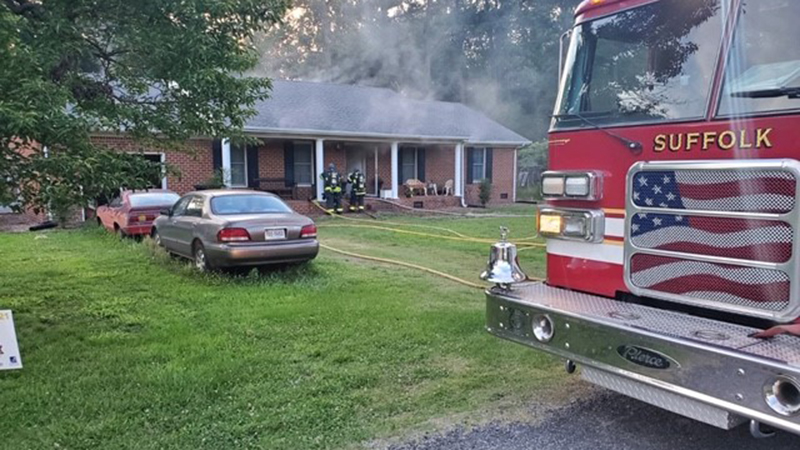 Two dogs died in a fire on Crumpler Lane on Friday evening. (City of Suffolk photo)

Smoke was showing from the roof of the single-story brick ranch when firefighters arrived. The occupants had evacuated prior to the arrival of firefighters, the press release stated, but two deceased dogs were located in the residence. It was determined the fire started in the kitchen and extended into the attic, and the rest of the home sustained heavy smoke damage.

Two residents have been displaced and are being assisted by the American Red Cross.

The fire was called under control at 8:17 p.m.  There were no injuries.  The Fire Marshal’s Office will be investigating the cause of the fire.