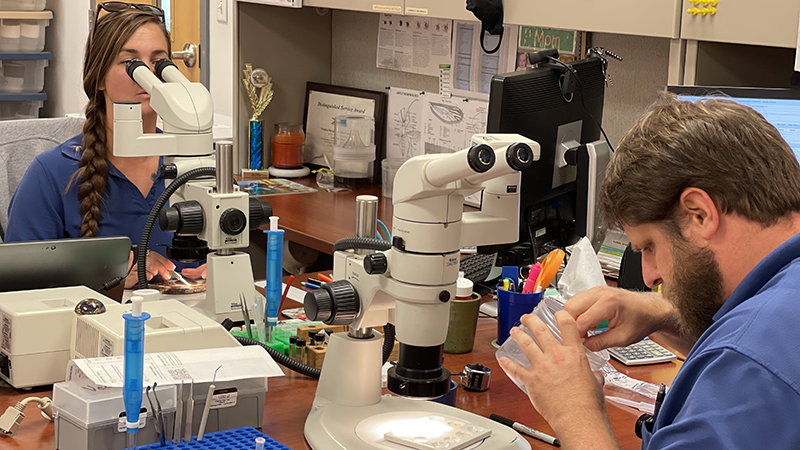 This week, local officials are urging residents to be mosquito smart to enjoy the outdoors more this summer.

The American Mosquito Control Association has named the week of June 20-26, as National Mosquito Control Awareness Week. Even though many folks may feel that there is little they can do to reduce the number of mosquitoes in their yard, there actually is.

Suffolk Mosquito Control is encouraging the city to take measures to reduce the mosquito population. Mosquitoes love to lay eggs in standing water that can hatch in a week or sometimes less. Even though they are more vicious during the summer, mosquito prevention is a year-round task.

“It’s important to prep during the winter months too,” said Charles Abadam, Mosquito Control superintendent. “Many people forget about it since they’re not outside getting bit, but many species remain as eggs through the winter.”

The best way to prevent mosquitoes is to get rid of any standing water, where mosquitoes lay their eggs and larvae hatch and spend the first part of their lives. Folks are encouraged to dump any open containers of water at least once a week, including your pet’s water bowl, flowerpots, gutters, old tires, kiddie pools and anything else holding water. Businesses can do their part by controlling litter and making sure lids are tight on trash cans and dumpsters.

“Dumping out the water once a week can really make a difference,” said Jay Kiser, a Mosquito Control biologist. “It can be added to the list as people cut their lawn every week.”

For water containers that can’t be dumped regularly, free mosquito dunks are available at the library, recreation centers, fire stations, City Hall and the Visitor Center. These dunks contain biological pesticides to kill mosquito larvae in stagnant water. Folks can put these dunks in ditches, water ponds or other stagnant water. Suffolk residents need to show an ID and can get a new pack every month.

Unlike dogs, which is the same species with different breeds, mosquitoes have different species that react differently to varying types of treatment. So Suffolk Mosquito Control sets particular traps to catch the mosquitoes. Then, the biologists sort through the mosquitoes to find out what species is prevalent in that area and if any are disease-carrying ones.

“I didn’t realize the magnitude of what Mosquito Control does until I started here,” said Karen Akaratovic, a Mosquito Control biologist. “There are so many components, and it’s so interesting to see what’s going on.”

Valedictorian’s achievements due to ‘hard work and God’s grace’