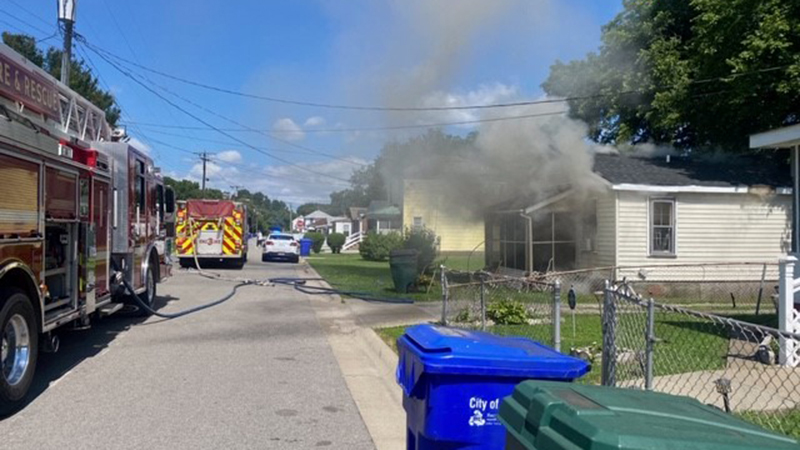 A resident was displaced from a Lewis Avenue home on Wednesday morning. (City of Suffolk photo)

One adult was displaced from their home due to a fire Wednesday morning.

Firefighters were called out to the home in the 200 block of Lewis Avenue at 10:35 a.m., according to a city press release. They arrived five minutes later.

The first arriving units found heavy smoke showing from the single-story residence. The occupant had been alerted by a neighbor and safely evacuated prior to the arrival of firefighters.

The home sustained extensive fire damage. The resident is being assisted by the American Red Cross, the release stated.

There were no injuries, and the fire was called under control at 10:53 a.m.