He had a magnanimous personality that seldom found a person he didn’t consider a friend at first glance, no doubt due to the undeniable devotion, love and support he received from his parents throughout his childhood. To some he was John, the standup community member or local tractor mechanic who could fix any engine or motor whether it ran on gas or diesel. To others he was Chip or Chipper, which meant you were family or the closest thing to it and were lucky enough to know the truest and kindest parts of him. And for his wife, and all his closest friends, he was Seif, the most loyal friend and companion, friend to the end, have your back no matter what the cost, kind of guy.

He met his wife in Outer Banks, N.C., where they started a 20-year love affair that would have lasted another 50 years if they had had the choice. Their love was the truest of love, based on laughter, trust and most of all the willingness to let each other shine as the unique person they were. After a short time in OBX, they found their way to Fort Collins, Colo., where they explored their love of the outdoors, wide open spaces and snowboarding. But Virginia would call them back to raise their family.

His love for his daughter shined the brightest of any of his light. His ability to turn from a crazy 20-something-year-old kid into the best and funniest Dad on the planet was truly amazing to watch. His pride for her overflowed for all to see, and their bond around wrestling became a force to be reckoned with. All that love and determination led her to multiple state championships and a national ranking, which he loved to tell anyone who would listen about.

He worked for Amazon as a diesel mechanic, where his innate skill for fixing things “no matter how long it took” was put to the test. However, his superior skills as a mechanic were often superseded by his ability to find the main guy in charge (no matter what site he was working) in order to jump straight to the job at hand. And it was no wonder, since he always had a smile on his face, and would seldom leave a job without putting one on everyone around him as well. He cared deeply about his team and considered them friends rather than coworkers.

The friends and community that he grew to love were so important to him as well. Whether someone needed a tractor fixed, or their waterers filled during a five-day drought with no power, a tree cut out of the way, or even a car pulled out of a ditch in your driveway, he was the guy to call. His long dreads were perhaps the first thing people saw when he walked into any room, but it was his laughter and love for life that you remembered about him when he left.

Surviving are his wife, Carrie Anne Vincel Seifert; daughter, Keegan Reid Seifert, of Boyce; his parents, of Louisburg, N.C.; brother from another mother, Joey Shannon, of Suffolk; and numerous cousins who were thought of as siblings, and the aunts and uncles that loved him as their own.

A celebration of life will be held in September and details will be posted at a later date.

Arrangements are being handled by Enders & Shirley Funeral Home, Berryville. 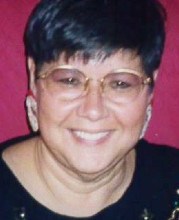