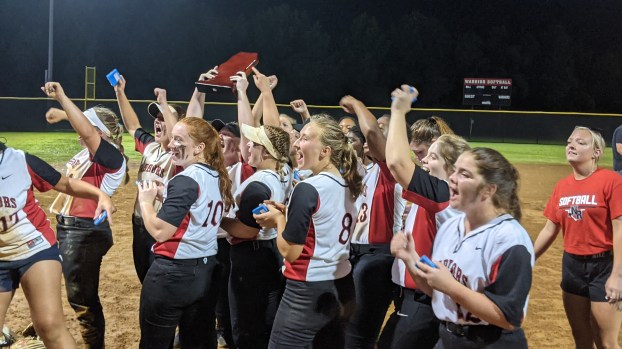 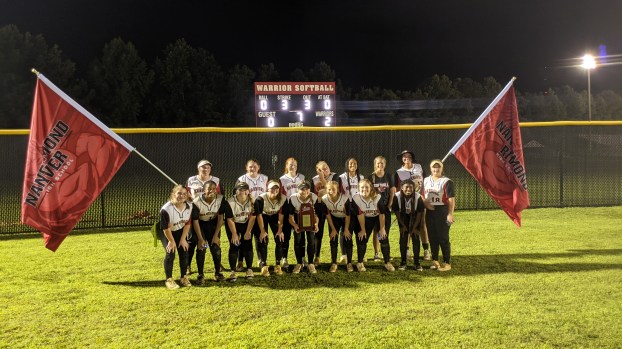 They waited an extra three hours to get started, but the players on the Nansemond River girls softball team were able to finish the season in style.

Led by Er’ron Burton’s 18 strikeouts, along with aggressive baserunning and timely bunts that led to both runs, the Warriors put the clamps on Freedom of South Riding to win 2-0 and take the VHSL Class 5 State Championship.

Paige Brenneman bunted home Cammie Stuffel for the first run in the bottom of the first, and in the fourth, Shelby Knaak walked, stole second and third and then scored on a two-out bunt from Olivia Taylor.

It gave the Warriors (15-1) a key insurance run, and Burton took advantage. She allowed just three baserunners all game and just one hit, getting 13 of the final 15 outs by strikeout, including the final out, setting off the celebration.

But they didn’t get to play last season due to COVID-19, and at that time, Warriors’ coach Gabe Rogers felt he had a strong team. This year, they still were uncertain how the season would be allowed to proceed until it neared the start, but once it did, they were excited for the opportunity. And, except for one loss to Grassfield — “probably one of the best things that probably happened to us,” according to Rogers – they moved through the schedule without a loss.

The Warriors got perfect game pitching performances in the postseason from Taylor Cherry and Burton, a blowout win over Kempsville, and then used more stellar outings from Cherry and Burton — along with timely offense — to secure the school’s first state title in softball.

They got there, they embraced it and then made it theirs.

For more coverage of Nansemond River’s state championship, check out the Suffolk News-Herald online on Monday and in print on Wednesday.