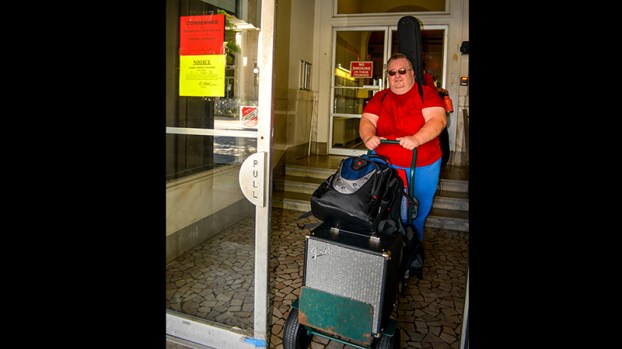 William Reardon, a seventh-floor resident of Suffolk Towers, moves some of his musical instruments and personal belongings out of the building following a water pipe break Wednesday. 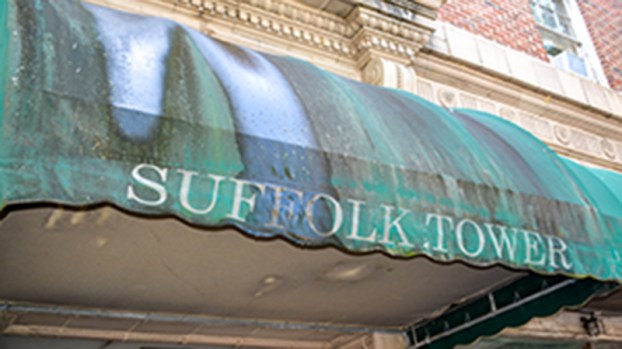 Suffolk Fire & Rescue units are on the scene of a major water leak at the Suffolk Tower Apartments, located in the 180 block of North Main Street. 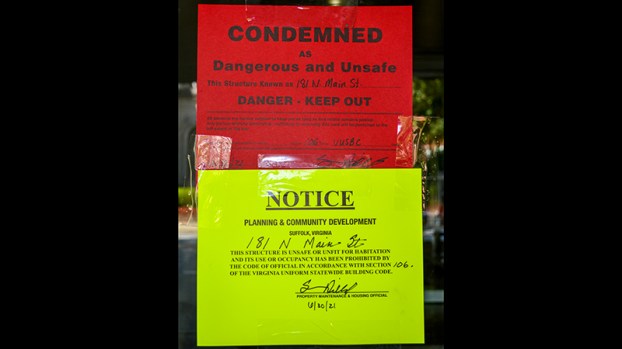 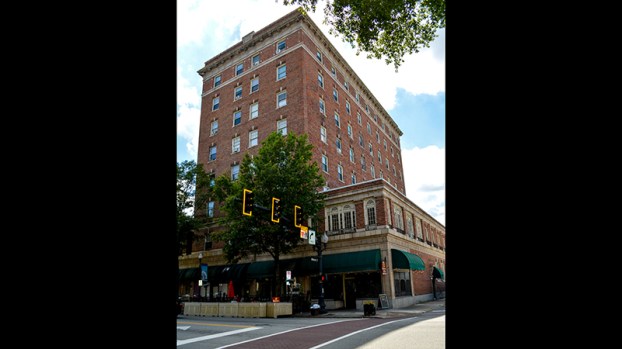 About 118 individuals are being evacuated from a downtown Suffolk apartment building after a major water leak emerged earlier on Wednesday.

The Suffolk Tower Apartments, located in the 180 block of North Main Street, reported the major water leak at about 12:13 p.m., according to a city press release. The leak happened on the fifth floor and affected below floors and the basement, and electrical hazards were also identified, the press release stated. The leak has now been secured.

The apartment building includes about 50 occupied units, with 118 individuals living there.

Some residents were sobbing on the sidewalk in front of their building. Others were frantically trying to move belongings in suitcases using borrowed hand trucks.

One resident, who did not want to give his name, said he lives on the fifth floor and saw the water gushing out of a utility closet.

“It flooded the entire hallway and got into a couple apartments,” he said. “I saw it just gushing out the utility closet. It was raining in a whole bunch of apartments on the fourth floor, third floor and I guess some people on the second floor even.”

The man, who said he has lived there for 2.5 years, said he saw the fire department open the door to the closet.

“It was coming out strong enough to where they opened the door, it streamed out and hit the wall on the opposite side,” he said.

Another resident sitting with him was more distraught, particularly about the prospect of having to go to a shelter.

“I’m still trying to figure out where they’re putting us,” she said. “What happens to us? I don’t believe this happened.”

She said she also saw the water streaming through her apartment building.

“It was coming like an ocean,” said the woman, who also has lived there about 2.5 years.

The city initially intended to open the emergency shelter at King’s Fork High School; however, the property manager for the apartment building has advised that residents who are displaced will receive vouchers for accommodations at the Quality Inn & Suites in the 1500 block of Holland Road, a press release stated. Transportation to the hotel is being provided by Suffolk Fire & Rescue and Suffolk Parks & Recreation.

Affected residents with questions should call the Suffolk Towers emergency number at 757-793-1096.

The investigation into the cause of the leak remains ongoing.