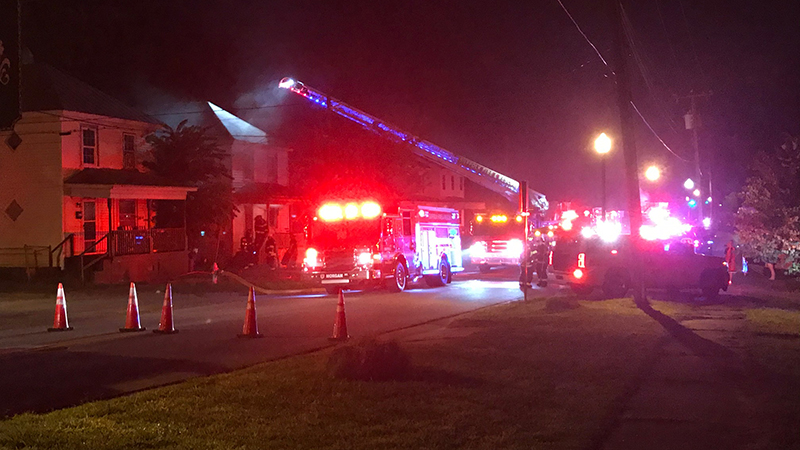 Firefighters extinguished a blaze at a Pinner Street home on Sunday night. (City of Suffolk photo)

Suffolk Fire & Rescue responded to the scene of a residential structure fire on Sunday evening in the 300 block of Pinner Street. Emergency Communications was contacted at 9:16 p.m.

The first unit arrived on the scene at 9:19 p.m. and found a two-story residence with heavy smoke and fire showing from the front of the home, according to a city press release. Crews were able to quickly knock down the fire, and the fire was marked under control at approximately 9:45 p.m.

No one was home at the time of the fire. The four residents, including two adults and two children, will be displaced as a result of the fire, and the American Red Cross is being contacted for assistance.

One firefighter suffered minor injuries at the scene and was transported to a local hospital, the press release stated.