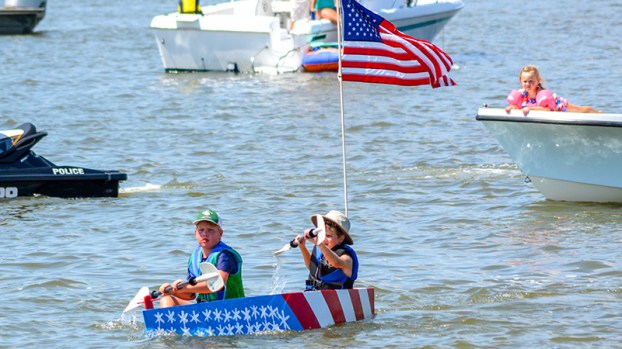 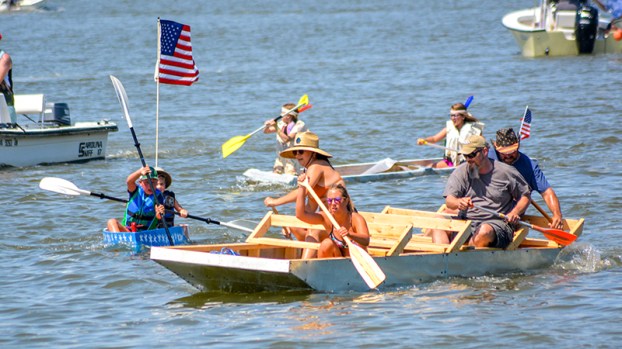 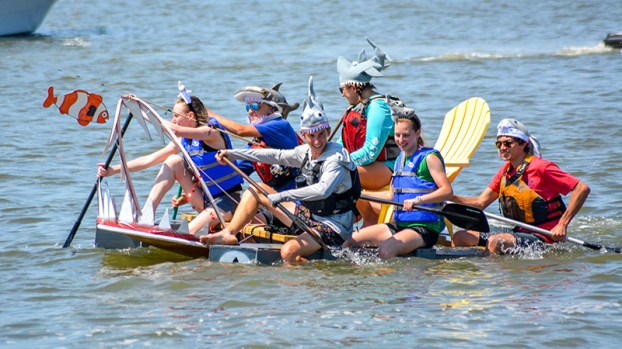 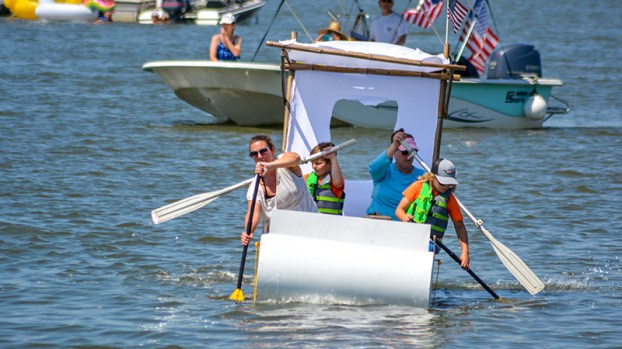 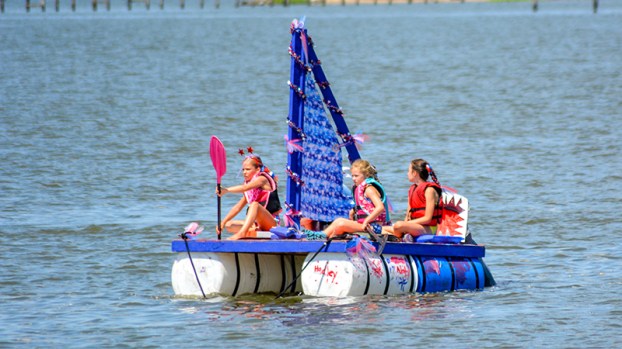 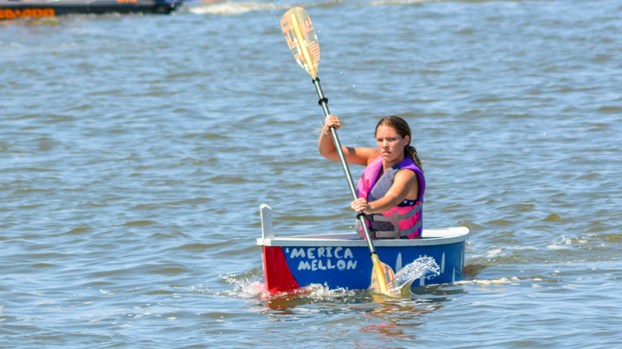 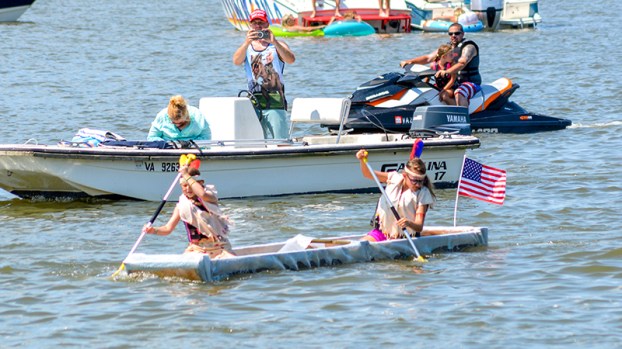 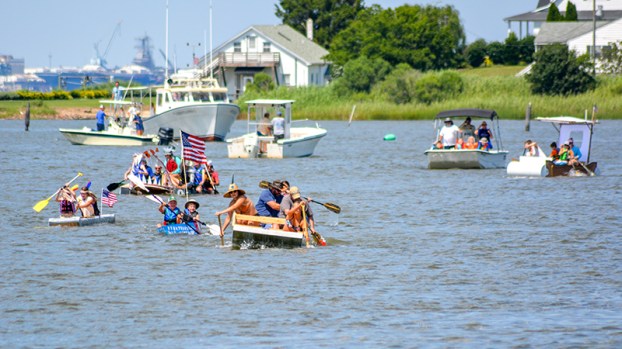 Two 9-year-olds who have the waters of Eclipse in their blood narrowly won the Chuckatuck Creek Raft Race in Eclipse on July 4.

Sidney Hazelwood and Henry Johnson, progeny of two of the most notable waterman families in Eclipse, took the win and the bragging rights in the return of the traditional race in 2021. Like many events, it was canceled last year but came back with a bang — literally — this year.

A cannon shot started the race, and a raft paddled by Brianna Copeland, Ryann Mangus, Jason Murphy and Vinie Copeland was winning most of the way.

Unlike the eventual winners, it was not the first raft race for any of them.

“It’s a tradition,” Mangus said. “We love participating in all the events we have.”

Murphy said it took him about a month working on the raft on and off to get it complete. The wood-and-sheet-metal creation was done last year, however, in anticipation of the race that never was.

Murphy said he was reminded, “I’m too old for this,” as his team paddled toward the Sidney Bertram Hazelwood Sr. Bridge, the designated finish line.

That wasn’t the case, however, for Sidney and Henry and their youthful energy.

Sidney, the 9-year-old namesake of the man the bridge is named after, said he had a good feeling about his and Henry’s chances toward the end of the race.

“I thought that we would either tie or they would beat us, but when we passed them, I knew we would win,” he said.

Sidney said he has known other young people who have participated and wanted to do so himself this year.

“I always wanted to be in it, because I knew how fun it was,” he said.

Henry said he got excited about the race when Sidney called and asked him to do it with him. Their raft, appropriately painted in red, white and blue and flying the American flag, was a joint effort of the boys and their families.

Henry said he was surprised that he and Sidney had won, but he knew they were destined for the win “when we got right in front of the raft that was in front of us, that was in first place.”

There were seven rafts total in the event, which included themes such as a shark attack, “The Flintstones” and the “‘Merica Melon,” which was painted like a watermelon but in red, white and blue colors.

Caren and John Dikon just moved to the Eclipse neighborhood and said they have been enjoying all of the community’s traditions, including the July 4 ones.

“It was cute,” Caren Dikon said of the raft race, which they had watched from the Johnson & Sons Seafood dock.