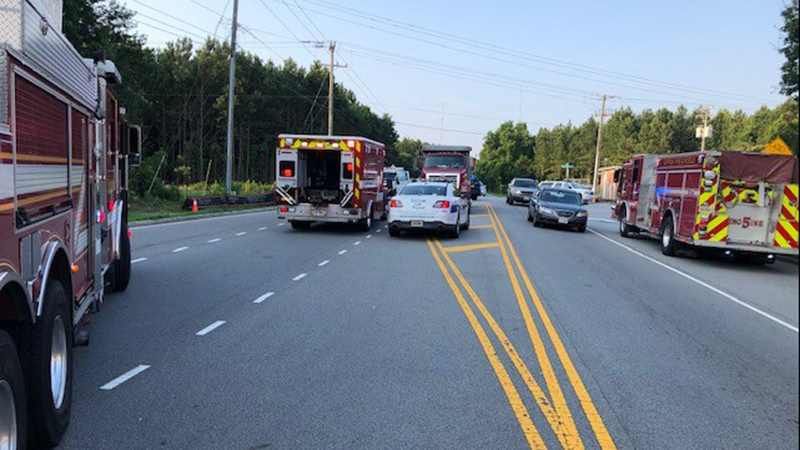 Two pedestrians were injured when they were struck by a car Wednesday morning.

The accident at the pedestrian crossing at the intersection of Shoulders Hill and Pughsville roads was reported at 7:12 a.m., according to a city press release.

Suffolk Police and Suffolk Fire & Rescue responded. Preliminary investigation found that the two victims were struck by the vehicle while crossing the street, the press release stated.

The victims received emergency medical assessment and treatment by Suffolk Fire & Rescue personnel. One victim received treatment on scene and the other was transported to a local hospital with injuries not considered life-threatening. The driver of the vehicle remained on the scene.

The roadway was closed briefly following the accident, and the investigation remains ongoing. No further information is available at this time.