The National Weather Service in Wakefield has confirmed tornado damage in Suffolk near the King’s Fork area.

Meteorologist Mike Rusnak said an employee was able to drive by the area and see numerous limbs snapped off of trees as well as damage to a Tractor Supply building on Pruden Boulevard. A more complete assessment of the tornado, including assigning a value on the Enhanced Fujita scale, will likely take place Friday, Rusnak said.

Rusnak said he was not aware of any injuries from the tornado, which happened about 7:16 p.m.

Central Suffolk and central Isle of Wight County is under a tornado warning until 7:30 p.m. At 7:06 p.m., a severe thunderstorm capable of producing a tornado was over Holland and moving north at 45 mph, with radar indicating rotation.

A new tornado warning has been issued for southwestern Suffolk and central Gates County in northeastern North Carolina until 7:15 p.m.

At 6:43 p.m., a severe thunderstorm with the ability to produce a tornado was over Gatesville, moving north at 45 mph, with radar indicating rotation.

The storm will be near Whaleyville around 7 p.m. and near Holland by 7:05 p.m. Other areas expected tobe impacted include Eure, Easons Crossroads, Topsy, Drum Hill, Hazelton, Buckland, Cleopus, Carter, Dort and Somerton.

The tornado warning for northeastern Isle of Wight, east-central Surry County, northeastern Suffolk and northern Newport News has been canceled. The storm prompting the warning has weakened below severe limits, according to the National Weather Service in Wakefield, and no longer appears capable of producing a tornado.

A tornado watch is still in effect until 11 p.m. for southeastern Virginia.

A new tornado warning has been issued by the National Weather Service in Wakefield for northeastern Suffolk,  northeastern Isle of Wight County east-central Surry County and Newport News until 6:45 p.m.

At 6:17 p.m., a severe thunderstorm capable of producing a tornado was located near Driver, moving north at 55 mph. Radar indicated rotation.

A special marine warning has also been issued for the James River from Jamestown to the Hampton Roads Bridge-Tunnel until 7 p.m.

The National Weather Service in Wakefield said that at 6:21 p.m., a severe thunderstorm capable of bringing waterspouts was located 9 nautical miles southwest of the Monitor-Merrimack Bridge-Tunnel, moving north at 35 knots.  Waterspouts and wind gusts to 40 knots are possible.

The National Weather Service in Wakefield has issued a tornado warning for southeastern Suffolk, along with southwestern Chesapeake, northeastern Gates County and northwestern Camden County in North Carolina until 6:15 p.m.

A severe thunderstorm capable of producing a tornado was located near Sunbury, in Gates County at 5:39 p.m., and moving north at 50 mph. Radar indicated rotation, according to the National Weather Service.

At 5:58 p.m., a severe thunderstorm capable of producing a tornado was located near Corapeake, about 9 miles south of downtown Suffolk and moving north at 40 mph.

The tornado warning has been allowed to expire.

According to the National Weather Service, “the storm which prompted the warning for southwestern Suffolk, Franklin, southeastern Southampton County and northwestern Gates County in North Carolina has weakened below severe limits, and no longer appears capable of producing a tornado.”

Suffolk Public Library’s Morgan Memorial Library and North Suffolk Library will close at 5 p.m. due to the possible impacts from Tropical Storm Elsa. They plan to reopen at 10 a.m. tomorrow.

A tornado warning has been issued for the southwestern part of Suffolk, Franklin, southwestern Isle of Wight, southeastern Southampton County and northwestern Gates County in North Carolina through 4:30 p.m.

At 4:13 p.m., a severe thunderstorm capable of producing a tornado was located seven miles southeast of Franklin, moving north at about 40 mph.

Besides a tropical storm warning already in effect, the National Weather Service’s Wakefield office has also issued a tornado watch in effect for Suffolk, Hampton Roads and all of Western Tidewater through 11 p.m. as Tropical Storm Elsa makes its way northeast.

A few tornadoes will be possible late this afternoon into this evening across northeast North Carolina and southeast and eastern Virginia.

The National Weather Service says “a few tornadoes are expected” across the region, which could make the execution of emergency plans more difficult. If a tornado warning is issued, shelter quickly away from windows if possible, and in an interior room not prone to flooding. If driving, it says to scan the roadside for quick shelter options. Those in locations vulnerable to high wind – such as near large trees, a manufactured home, upper floors of a high-rise building or on a boat – should consider moving to safer shelter before strong winds or flooding begins.

Elsa was located about 230 miles west-southwest of Norfolk and moving northeast at 20 mph.

Rain has moved into the city as the temperature at Suffolk Municipal Airport is 74 degrees with northeast winds at 3 mph.

Suffolk Parks and Recreation closed all of its summer camps at 3 p.m. and has been contacting parents and care providers about the early closure. Cypress Park Pool is not opening for open swim today, and the Poetry, Prose and Pizza event scheduled this evening for the Suffolk Art Gallery has been canceled.

Suffolk Public Schools dismissed their morning summer high, middle and elementary school students at their regularly scheduled times. Its afternoon summer high school dismissed at 3 p.m., and all buildings and departments will close at 4 p.m.

A tropical storm warning is in effect as Tropical Storm Elsa moves northeast toward Suffolk and the Western Tidewater region.

Suffolk officials have been making preparations ahead of the storm. The city has been checking normal high water spots for blockages and open drainage ways, and the Public Works Department’s Roadway Operations group will have overnight rapid response teams staffed and available in each of the city’s four maintenance headquarters starting at 8 p.m.

The city will also close the Suffolk Visitor Center at 5 p.m. and the Seaboard Station Railroad Museum at 2 p.m. The visitor’s center is expected to reopen at 9 a.m. Friday and the railroad museum at 10 a.m. Friday.

The forecast calls for possible tropical storm conditions with showers and possibly a thunderstorm, with peak winds forecast for 15 to 25 mph with gusts to 35 mph, according to the National Weather Service’s Wakefield office.

About 1 to 2 inches of rain are forecast to fall, with the heaviest rain coming between 2 p.m. and midnight. Locally higher amounts are possible. A few tornadoes will be possible late this afternoon into this evening across southeast Virginia and northeast North Carolina.

Tropical Storm Elsa continues to track across the Carolinas midday, and is forecast to move across North Carolina and eastern Virginia late this afternoon into this evening before moving northeast of the Delmarva coast early Friday morning.

During weather or other emergencies, Suffolk residents have several ways to get information about road closures and other updates from the city and Emergency Management, including the city’s mass notification system at www.suffolkva.us/SuffolkNotify. People can sign up for alerts delivered by email, phone or text.

The Virginia Department of Transportation will restrict all planned lane closures not related to storm activities in all directions of Interstates 664, 64, 264, U.S. Routes 17, 58, 13, 460 and 60 in the Hampton Roads area.

The I-64 reversible express lanes between I-264 and I-564 in Norfolk will be closed from 6 p.m. through 5 a.m. Friday. There are no plans to close any of Hampton Roads’ major bridge or tunnel crossings, including the Monitor-Merrimac Memorial Bridge-Tunnel and the Hampton Roads Bridge-Tunnel. Speed limits could be reduced based on current wind conditions at each location, however.

People are encouraged to limit travel during the storm and report any issues with flooding, downed trees or road hazards to VDOT’s Customer Service Center at 1-800-367-7623 or at my.vdot.virginia.gov.

State and local traffic conditions are available by calling 511, going online to www.511virginia.org or downloading the free 511 Virginia mobile app. Information about the Chesapeake Bay Bridge-Tunnel or the midtown and downtown tunnels can be found at www.cbbt.com and www.driveert.com, respectively.

VDOT crews have been inspecting drainage facilities and clearing them when necessary, and also getting trucks and equipment ready while coordinating and debris and tree removal crews to have them on standby.

The current temperature at Suffolk Municipal Airport is 74 degrees with calm winds and 90% humidity.

This post will be updated, with the most current information coming first. 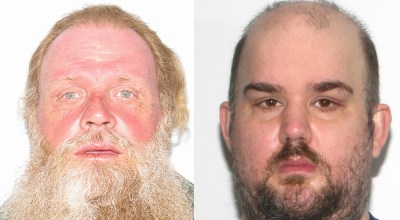