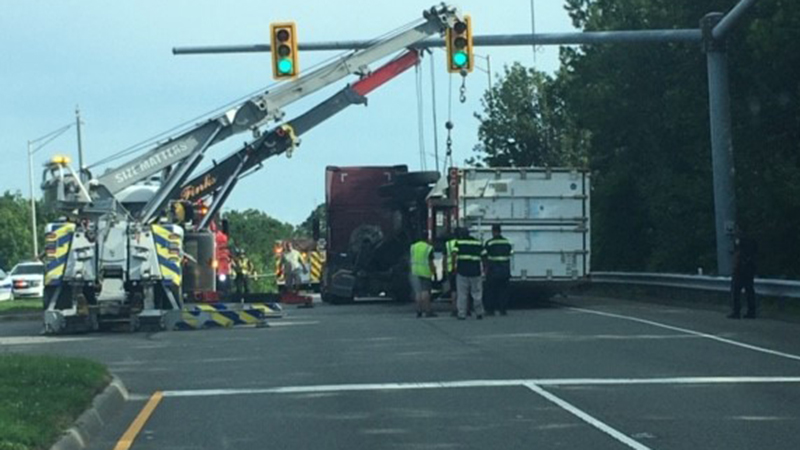 Suffolk Police and Suffolk Fire & Rescue crews are currently on the scene of an overturned tractor-trailer that has caused a southbound lane closure on College Drive at the Route 164 off-ramp.

The accident was reported at 4:19 p.m., according to a city press release. There were no injuries.

Heavy wreckers are on scene, and Public Works crews have set up detours in the immediate area.

The affected portion of the roadway is anticipated to remain closed for approximately an additional hour or less as the truck and container it was carrying are removed.

One arrested after three-alarm fire at Suffolk Towers