Holland sworn in as judge 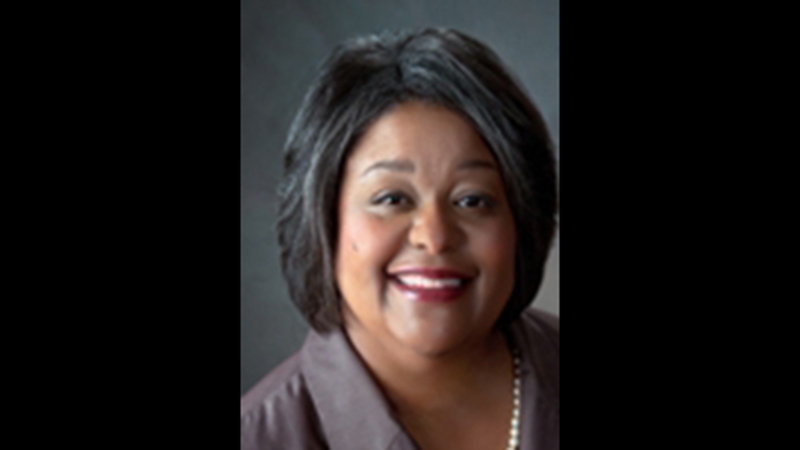 A momentous occasion took place in a Suffolk courtroom on July 2 as Helivi L. Holland was sworn in as a judge in the Fifth Judicial District.

Holland, the former Suffolk city attorney, will sit in all of the courts of the Fifth Judicial District, which encompasses Suffolk, Franklin, Southampton County and Isle of Wight County.

The event welcomed federal and state legislators, judges from courts across the state, Holland’s family, former colleagues and sorority sisters from Delta Sigma Theta, and many other dignitaries. More than a dozen people spoke in favor of Holland’s character, judicial temperament and intellect. There were prayers, presentations of proclamations and gifts, and a blessing of the judicial robe and gavel.

After it all, Holland said she was thankful — so thankful that she said that word didn’t seem like enough.

“They’ve not invented another language in which I can say it correctly,” she said, while joking about forgetting her written speech.

Since then she has also been an adjunct professor at William & Mary and Paul D. Camp Community College while maintaining her city attorney role.

Those who spoke came from nearly every facet of Holland’s life, including a representative of the family.

“From an early age, it was clear that Helivi was destined to do great things,” cousin Patricia Johnson said. “She was blessed abundantly with intelligence, ambition and the drive to make the most of those gifts. Helivi had all the requisites necessary for great achievement.”

“Helivi’s background, strong belief in family, life experiences, personality, sensibilities and compassion make her uniquely qualified to administer justice,” Johnson said. “Our justice system will benefit immensely from the unique perspective and sensibilities you will bring to the bench.”

“It is no surprise to any of us that our dear sister, soror, colleague, family member, daughter, a woman of God, that her journey was plotted and mapped a long time ago and that her steps were ordered and sanctioned by God for this very moment,” Massenburg said. “You have been an obedient servant and a faithful leader for this very moment. It is no doubt in any of our minds that you will continue to serve the state of Virginia in a sensational manner as you take the bench.”

Sen. Louise Lucas and Delegate Clinton Jenkins, legislators who represent parts of Suffolk, both said they were thrilled to be able to support Holland’s nomination and see it through the General Assembly.

“I’ve been impressed with her career all along the way,” Lucas said. “There was never a question in my mind you would be here one day.”

“I needed someone to exhibit the characteristics and qualities you all talked about here today,” Jenkins added. “I needed someone from Suffolk to help our youth and help the city; a role model that was forward-thinking and showed the love and willingness to do what was necessary to help the city grow.”

Michael Pierce, president of the South Hampton Roads Bar Association, an organization for minority lawyers from all seven cities, said he was honored to speak about Holland, a longtime member of the organization.

David Mercer, the 129th president of the Virginia Bar Association, said Holland has just the right character to be a judge and will be an asset to the Fifth Judicial District.

“She’s hardworking; she’s compassionate; she’s a leader; she’s calm; she solves problems,” Mercer said. “The General District Court is where the public meets the rule of law on a daily basis. For most, it’s their only knowledge of court proceedings. The good people of Suffolk, Franklin, Isle of Wight and Southampton are very fortunate to have someone of Helivi’s character and ability sitting in their General District Court.”