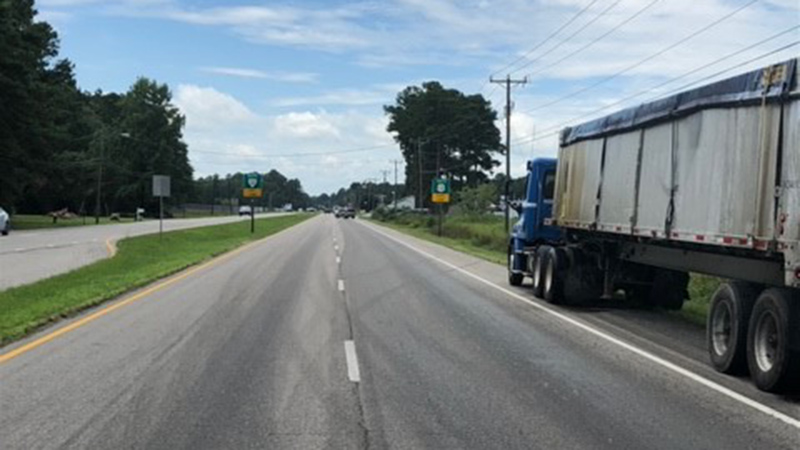 Carolina Road was closed for much of Sunday as crews cleaned up a hazardous materials incident. (City of Suffolk photo)

Carolina Road was closed for much of Sunday as crews cleaned up a hazardous materials incident.

Suffolk Fire & Rescue and Suffolk Police were on the scene of the hazmat incident in the 900 block of southbound Carolina Road. The truck was hauling liquid animal proteins and partially lost its load over several hundred feet of roadway, according to a city press release. It was reported at 11:52 a.m.

Suffolk Police provided traffic control in the area, and crews from Public Works set up detours at Carolina Road southbound to the Southwest Bypass and northbound at Turlington Road.

The Virginia Department of Emergency Management was also notified.

The investigation into the cause of the incident remains ongoing at this time.