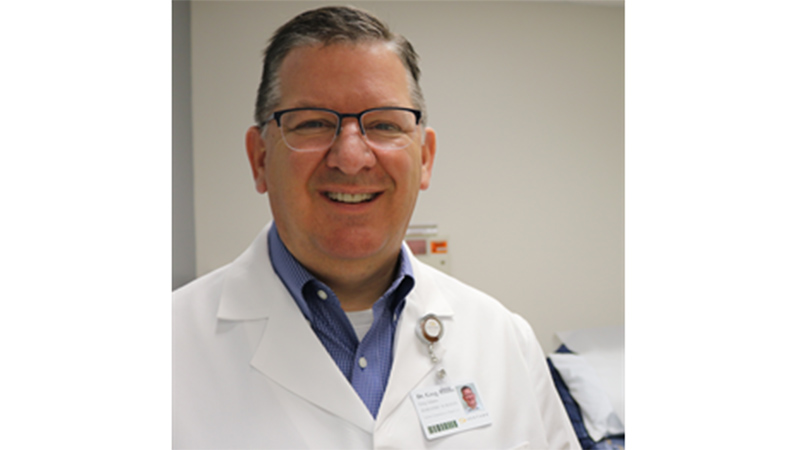 Sentara Obici Hospital will be adding a weight-loss program to provide medical and surgical options that will be fully operational in late August.

Dr. Gregory Adams will be heading up the surgical portion of the program to provide bariatric surgery at Obici. Adams is a board-certified general surgeon who comes to Sentara from Bon Secours and has nearly 20 years of experience in bariatric surgery, including 13 in the Hampton Roads region, with many of his patients being residents of Western Tidewater. Earlier this month, he performed his first weight-loss surgery at Obici, which is just one of close to 4,000 he has done in his career.

But it won’t be all about surgical options. In tandem, the hospital will also be providing medical weight loss options along with psychological and nutritional counseling, and retail products.

The impetus for adding what Sentara calls its Comprehensive Weight Loss Solutions program at Obici comes from a 2018 Community Health Needs Assessment by the Obici Healthcare Foundation, which found more than 80% of adults in the foundation’s service area of Suffolk, Franklin, Isle of Wight County, Gates County, N.C., along with areas in Greensville County, Southampton County, eastern Surry County and Sussex County, are overweight, and 45% who are obese.

“Sentara recognizes that they’ve got a group of patients that they haven’t been serving,” Adams said. “And what I mean by that is … there’s a large number of people that live out here in Suffolk, Franklin, Isle of Wight, et cetera, that, to them, to drive into Norfolk to go get their weight-loss surgery and weight-loss management is just a bridge too far.”

The medical weight loss services will be ready by the last week of August, and are targeted toward people with a body mass index of about 30 or greater. Adams said that would happen through a combination of diet, therapy and medications, and possibly psychotherapy.

Adams noted that the National Institutes of Health came up with the criteria to recommend which patients should be considered for weight-loss surgery. Those include any patient with a body mass index, or BMI, over 40 regardless of their overall health condition, or anyone with a body mass index between 35 and 40 with obesity-related health issues.

Body mass index is a ratio of weight to your height, and Adams said generally, if someone has a BMI of 40, that they are about 100 pounds over their ideal body weight.

“What I like about the Sentara program is that it’s not just surgery, which is what I do, but there’s also that metabolic component, in other words, working with the internal medicine doctor to try to work on the people from a medical weight loss standpoint. People who don’t qualify for surgery, they’ve really got a great program put together for that.”

He also said Sentara’s program has a strong educational foundation in providing people with multiple weight loss options that give them the best chance to lose weight and keep it off.

“Every good bariatric program does that, there’s no doubt,” Adams said. “My program that I came from did a really good job at that. But I’ve been exceptionally impressed with Sentara’s program, with the depth of education that they’re giving patients. The patients are exceptionally well prepared.”

The resources come through one-on-one consultation, print and online educational materials that track patients and help and encourage them. The program is designed as a one-stop resource for people who are looking to lose weight and have metabolic wellness. Its team includes a medical bariatrician, bariatric psychologist and a dietitian who works with surgical and non-surgical patients.

Adams said two groups of patients would come to see them — less commonly coming through a referral from their primary care doctor, or another doctor telling them to consider weight loss surgery. He said often, orthopedic surgeons will refer someone for weight loss surgery because orthopedic surgeries such as joint replacements are more durable and can be done more safely if patients weigh less.

The most common calls, he said, come from patients themselves who see information about the program online. Those people, according to Adams, have tried different diets and had some success losing weight, but haven’t kept it off.

When they come in, they’ll watch a seminar — either a video or in-person presentation on why weight loss surgery is done and what other options they have. Then, if interested, they can make an appointment for further evaluation.

As for the bariatric surgery itself, Adams said there’s two types most commonly done — the sleeve gastrectomy, which is the more popular option, and a gastric bypass surgery. The sleeve gastrectomy takes about 60 minutes, and it takes about 90 minutes for the gastric bypass surgery, with people spending the night in the hospital. People will be up and walking within two hours after surgery and drinking by the evening. They will start off with a liquid diet and then advance up to regular food over the course of a month following the surgery.

The overall time frame from consultation to operation, should someone undergo either procedure, takes between three and six months, due mostly to insurance requirements. That time is used to educate people on how to take care of themselves and be prepared leading into the surgery.

With both types of surgery, Adams said people can expect to lose about 80% of their excess weight — meaning those who are 100 pounds overweight should be able to lose about 80 pounds.

The most common question about the procedure is whether the person will die, and while Adams tells patients that any surgery comes with risks, weight loss surgery has become one of the safest operations done.

People also worry about losing weight too fast and having sagging skin, but he said what determines sagging skin is how much weight someone has to lose and where they carry their fat. If it’s where their skin envelope stretches, then that person is more likely to have some sagging skin after surgery. Some will ask whether their joint pain will go away with the surgery, and while it doesn’t, the weight taken off the joint will make any pain more tolerable. Blood pressure, generally, will also be easier to control.

Those who gain weight as the result of an injury, he said, tend to keep weight off better because the weight gain was not as much lifestyle-oriented as it was a single event.

With Obici offering the weight-loss program, Adams believes it will be more helpful for residents of the Western Tidewater region.

“It’s not easy to run in to take care of something like an obesity issue, which unfortunately, requires a lot of visits, and requires a lot of input,” Adams said. “It’s not like we can give them one magic pill and it’s all better. So for them to make that trip into Norfolk, where our center has always been based, is just hard for patients to do.”

Obici, on the other hand, is in a better location to serve people in Western Tidewater, noting that Obici already has patients who had previously chosen not to deal with losing weight because it was too far out of their way to do it.

Sentara’s program also makes it easier to stay connected to patients, Adams said, providing them with phone calls, emails and even text reminders to encourage people to stay the course.

He cautions that weight loss surgery is a great tool, but not a magic wand. People also have to change their eating habits and lifestyles.

“If patients are more concerned about their weight, and they feel like they can’t fix it on their own,” Adams said, “there is no shame in calling us. Patients oftentimes believe that if they come and see somebody about weight loss assistance, that somehow or another they’ve taken the easy way out. It’s not the easy way out. It’s just the right way. It’s the way that we can actually help.”

Anyone interested in the Sentara Obici Hospital’s Comprehensive Weight Loss Solutions can make an appointment by calling 757-934-4646.

Holland sworn in as judge