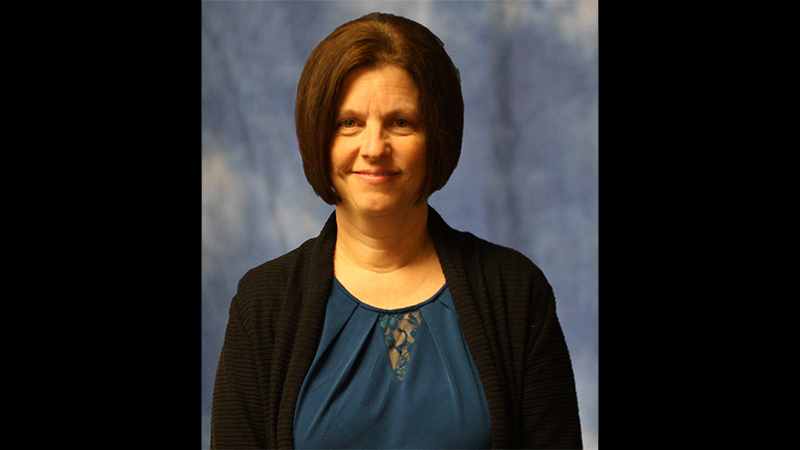 Kim Lowe is a Camp Community College success story. Her trek from student to faculty has left a trail of quality, new nurses with careers in Western Tidewater.

“When I went into nursing, I had no idea what I wanted to do with my life at all,” she said. “The program at Southampton Memorial was one year. I thought, it will be easy and when I get out I will have a job. My whole family was like, she will never make it in nursing. She doesn’t even like the sight of blood. She’ll never make it.”

Things changed quickly. “When I got into it, it became something I really want to do,” she noted.

Lowe worked for several years at a dialysis clinic and Southampton Memorial Hospital. She then returned to the classroom for her next challenge. She continued her education at Camp Community College and entered the registered nursing program in 2004. She graduated in the college’s first RN class in 2006.

Later, her focus turned to teaching. She started in 2010 as an educator for the LPN program at Southampton Memorial Hospital. In 2014, she came back to Camp and became a nursing instructor in the RN Program. Today, she is the lead instructor for nursing at the college and is in the Nursing Education Ph.D. Program at Liberty University.

Lowe’s nursing philosophy revolves around advocacy for patients. She shows this by example to her students.

“They see that about me when they are at bedside with me (during clinicals),” she said. For example, maybe you have an older woman who is having difficulty, and then you find out she has no one at home to take care of her. Advocating for patients at their bedside is big. You have to remember how you would want someone to care for your mom and dad.”

It’s important for Lowe to also be nurturing to her students.

“I had teachers that pushed for excellence and that was an influence. I wanted to be that nurturing, caring professor,” she said. “I never wanted a student to feel like they couldn’t come to me with a question or an issue.”

Lowe also stresses that nursing is a profession, not just a job. She continues to work at Southampton Memorial Hospital on weekends.

Lowe has praise for the Camp nursing program, particularly her fellow faculty members, who have a love for the nursing profession.

“Everyone that I work with faculty-wise has a passion for nursing. They love what they do and they want to instill that into their students,” she said. “Because at the end of the day, when they (students) leave here and go to work, someone is going to say, ‘Where did you go to school?’

“We go to facilities and they really like to see Camp students come, because they know that we are doing the best we can to get them ready to work,” she added.