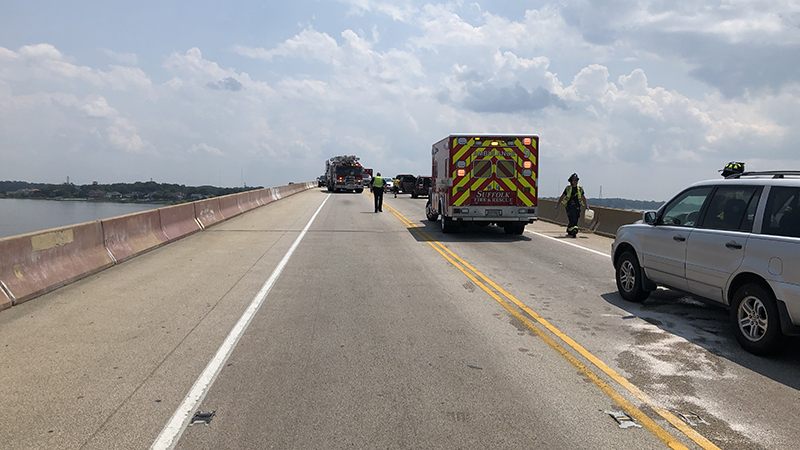 Eight people, including six juveniles, were taken to local hospitals after a three-car crash on the Godwin Bridge Friday evening.

The crash happened at 1:59 p.m. and involved an SUV, pickup truck and passenger vehicle, according to a city press release.

The victims were considered to have non-life-threatening injuries, the press release stated.

All lanes of the bridge reopened at 3:05 p.m. The cause of the accident remains under investigation.