A story of fact and fiction 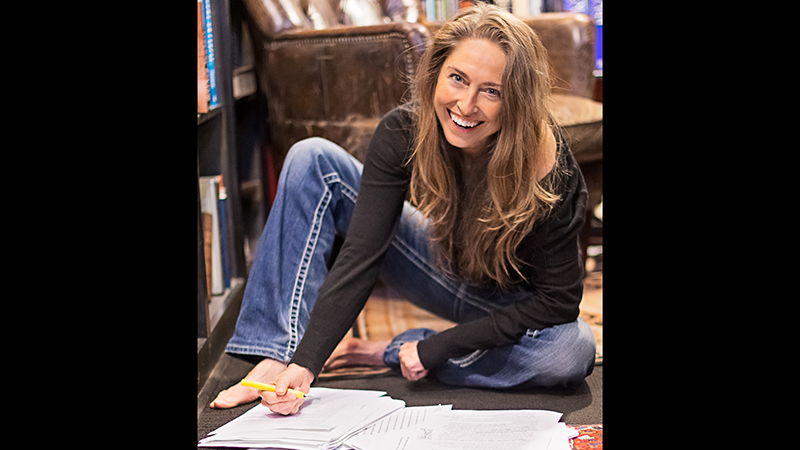 Suffolk native Angel Khoury is preparing to release her first fiction novel, “Between Tides,” on Aug. 10.

Khoury remembers her childhood in Suffolk fondly. She lived in the middle of downtown, where she would walk to school and the Morgan Memorial Library. As a graduate of Suffolk High School, she remembers teachers and other staff members who helped shape her into the reader and writer she is today.

“It was a fun place to grow up,” she said. “I could walk to school and the library. Nothing was better for a bookaholic kid.”

Now, Khoury lives on Roanoke Island, N.C., where she stumbled upon a fascinating true story. Her book “Between Tides” is a fictional telling of a story she discovered when researching for her previous book on the history of Manteo, N.C. She asked locals for pictures and to identify individuals in photos she had found. At this event, she met the daughter of a man who left his family in Cape Cod, Mass. and started a new one in Cape Hatteras, N.C.

The two became friends, and the woman shared the story of her father. Khoury was already familiar with some of the stories due to her past research of Manteo. The daughter said she’d thought of writing a book about her father. She gave Khoury permission to write it for her and also gave permission to use the title she would have, from a 1930s article in a New England newspaper titled “disappeared between tides.”

Khoury originally wanted to tell the story as nonfiction. However, with so many unanswered questions, she wrote a fictional telling to fill in the gaps herself. One question was why the man left. It took him a process of five years to leave as he went back and forth between the two capes. At the beginning of the five years, his future wife was only 12 years old, which to Khoury rules out the idea of leaving for another woman as many speculate. Essentially, he lived the same lifestyle he left behind once permanently moving. Khoury wanted to explore the idea of him having a tender heart and only leaving because his first wife was dealing with something she couldn’t get over and he couldn’t fix. Which leaves the other question — what couldn’t she get over?

“This created a great window I could climb through to see what images leave and ideas to explore,” said Khoury.

Even though it is fiction, Khoury tried to keep as many facts in the story as she could. Khoury hopes this can be a book about which readers can draw their own conclusions. She doesn’t want to give all the answers in hopes of the reader becoming part of the story.

“As I said in my afterword, ‘If reading is a kind of retelling, my wish is that this story becomes entwined in your own imagination so that the tattered veil between writer and reader lifts to reveal yet another story, what you choose to make of it,’” said Khoury. “That’s the one thing I love most about reading, and I hope the readers will participate in answering these unanswered questions in their own minds.”

Even though this is her first fiction novel, Khoury does not plan on this being her last. She plans to write another book focused on this story. Many readers are curious about what happens to the characters as the novel focuses on the man’s North Carolina daughter, Gilly, meeting his first wife in Cape Cod on her way to serve in World War II with the Red Cross.

“I want it to be a kaleidoscope of different pictures and angles on the same family and their story,” said Khoury.

Khoury is currently talking with the Suffolk Center for Cultural Arts to possibly do an event this fall. To learn more or to buy her book, visit angelkhoury.com.