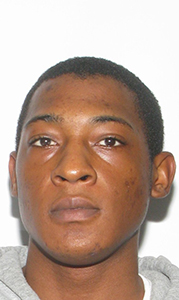 UPDATE: Suffolk Police stated on Saturday that Prater had been located in Virginia Beach.

Earlier: The Suffolk Police Department is seeking the public’s assistance in locating a missing adult male.

On Aug. 2, 2021, Damonte Prater left his residence in Suffolk and, at some point, arrived in Virginia Beach, where he mailed his personal items home, according to a city press release. He does not have his cell phone, and there has been no contact since he went missing. Prater has made comments which cause concern for his well-being, the press release stated.

It is believed he could possibly still be in the Virginia Beach area.

If Mr. Prater is seen, please do not approach, but contact Emergency Communications at the Suffolk Police Department, at 757-923-2350, option 8.