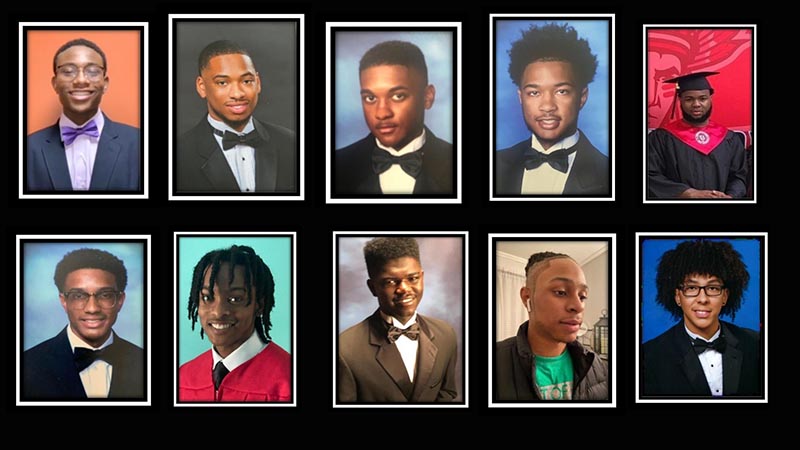 A mentoring program in Suffolk saw 10 students graduate with bright futures ahead.

The Golden Fold is a mentoring group sponsored by the Alpha Iota Chapter of Omega Psi Phi Fraternity, Inc. The group aims to help young men achieve their goals and become constructive contributors to their community.

This is the group’s seventh year in Suffolk as it mentors young men from Suffolk, Deep Creek, Western Branch and Churchland. This year, the group had 22 members ranging from middle to high school. The group was initially based in Virginia Beach before they noticed many young men were coming up from Suffolk and decided to branch out.

“We saw that there was a void in Suffolk, so we decided to try to get one together there,” said Richard Green, executive member of The Golden Fold. “We started at the recreation center on Sixth Street but moved to the Taylor Bend YMCA.”

The Golden Fold has a strong focus on community service. Throughout the years, these young men could be seen ringing the Salvation Army bell during the holidays at Kroger or the College Drive Walmart, reading with elementary school students at Mack Benn Jr. Elementary School, helping at Relay For Life, and volunteering at the Maryview Senior Center.

Most of the time, the leaders would have the young men decide what projects they would do. A few of the many projects they chose included a basketball clinic and helping the Taylor Bend YMCA with its sports camps.

“It’s them that’s doing it,” said Green. “It’s so important that we give them that leadership opportunity. We oversee their details and help them bring them to life.”

The mentoring program also taught the young men practical skills, including how to tie a tie. They also put food baskets together for Christmas, and the young men would shop for the items themselves with a specific budget to help them learn money management.

Once COVID-19 hit, the group didn’t stop in their activities. They came up with creative new ideas to still serve the community during the pandemic. They helped with Healthy Suffolk, held food drives, and for Veterans Day, did window visits at the Maryview Senior Center.

For the past six years, The Golden Fold is happy to celebrate no incarcerations and a 100% graduation rate. Of the 2021 graduates, eight of the 10 students graduated with honors and all 10 have definite plans for after high school, whether it be college or the military.