Powwow canceled due to virus surge 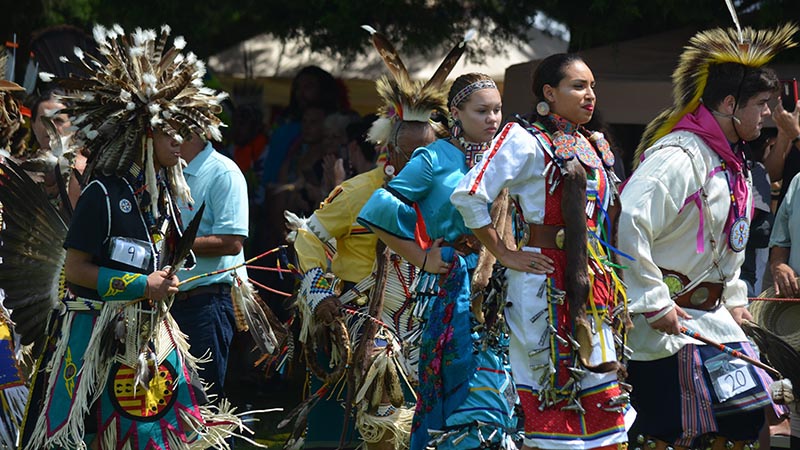 Dancers participate in the Nansemond Indian Nation Powwow in 2018. This year's powwow has been canceled due to the COVID-19 pandemic. (File Photo)

The 32nd annual Nansemond Indian Nation Powwow has been canceled for the second year due to the COVID-19 pandemic.

The announcement was made on Facebook in a statement signed by Chief Earl Bass. The event was to have been held Aug. 21-22.

Bass, as well as John Silver Jr., a tribal councilman and chairman of the Nansemond’s health initiative committee, both stated everyone in the tribe was disappointed, but many felt it was for the best.

“It was difficult for the powwow committee and the council to actually recommend and approve cancellation of the event, because we miss having our family and our friends and the public come out to celebrate with us,” Silver said. “But in light of the current positivity rates in the seven cities and the other states people are going to come from, we thought it was in our best interest to not have the event.”

The tribe had prepared heavily for an attempt to hold the powwow safely, Silver said, including ordering personal protective equipment, air-conditioned tents and more. Bass said a group was actually scheduled to give vaccinations at the powwow.

In the end, though, concerns over the growing wave of the Delta variant overcame all that.

In Suffolk, just 42% of eligible residents are fully vaccinated. The city has the highest positivity rate among Western Tidewater localities — 12.11% of tests have come back positive in the last seven days.

Bass said concerns about the situation in the entire state, as well as North Carolina, as well as travel concerns as family and friends travel from many areas throughout the country, also contributed to the cancellation decision.

“We could not in good conscience continue with this event, because there were too many variables that were changing if not daily, it seemed like hourly,” Silver said. “We really wanted to have the event … but we have a lot of children in our tribe, and elders, and we don’t want to put anybody’s life at risk.”

Bass said the Nansemond Indian Nation looks forward to returning to the powwow event when able.