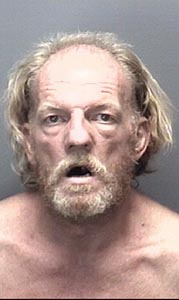 A Corapeake man has been charged with arson after a fire near the historic Suffolk Seaboard Station Railroad Museum in downtown Suffolk.

Suffolk Fire & Rescue personnel were called to the fire last Monday, Aug. 9, at about 8:30 p.m., according to a city press release. The museum is located at 326 N. Main St.

Crews found a trash receptacle on fire near the structure and quickly extinguished it, the press release stated.

Following investigation by the Suffolk Fire Marshal’s Office, Jacob Dietrich Epp, 45, was arrested on Aug. 10. He is currently being held without bond at Western Tidewater Regional Jail.