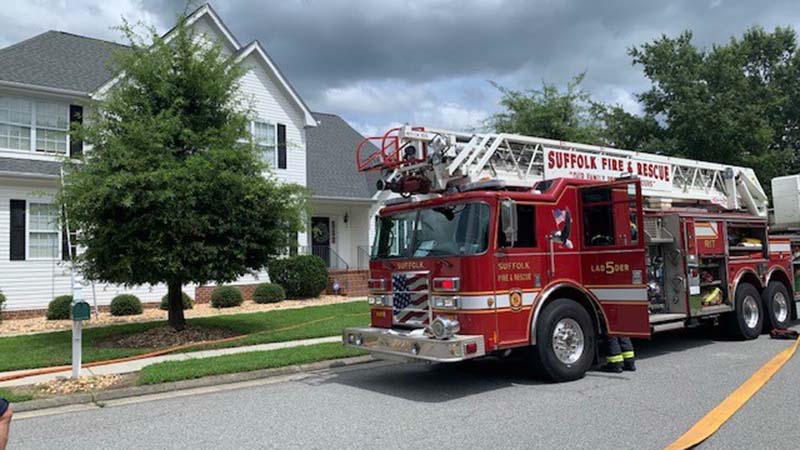 Three people were displaced in a fire on Tuesday afternoon. (City of Suffolk Photo)

Suffolk Fire & Rescue units responded on Tuesday afternoon to a residential structure fire in the 5000 block of South Links Circle.

Emergency Communications was contacted at 1:31 p.m., and the first unit arrived on scene in the Harbourview South Village neighborhood at 1:38 p.m., according to a city press release.

Firefighters found light smoke showing from the garage upon arrival at the two-story residence. The fire was quickly knocked down. The fire was primarily confined to the garage and a section of the first floor and was called under control at 2:18 p.m.

There were no injuries, the press release stated. Three adults have been displaced but did not request assistance from the American Red Cross.