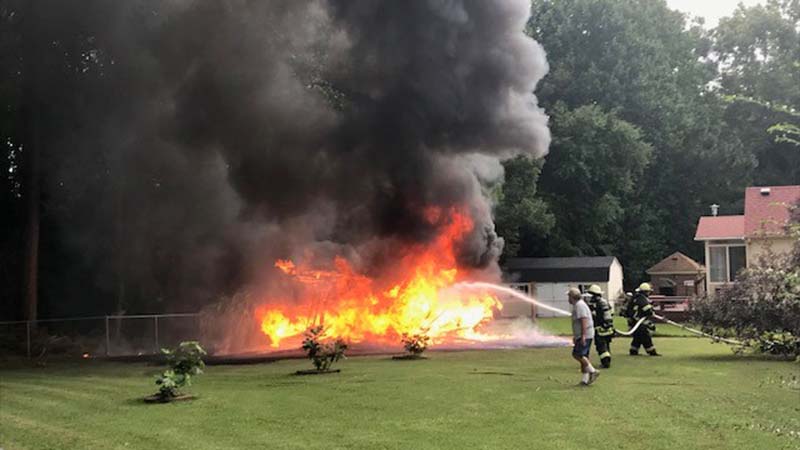 Suffolk Fire & Rescue units responded to a residential fire in the 100 block of Cove Point Drive on Wednesday afternoon.

Emergency Communications was contacted at 3:14 p.m., and the first unit arrived on scene in the Cove Point neighborhood at 3:21 p.m., according to a city press release.

Battalion Chief William Kessinger advised that the approximately 10’ x 12’ shed was fully engulfed upon arrival of firefighters, with heat damage to the residence in front of the shed and the adjoining residence. The occupant was home at the time of the fire.  The fire was quickly knocked down. There were no injuries.