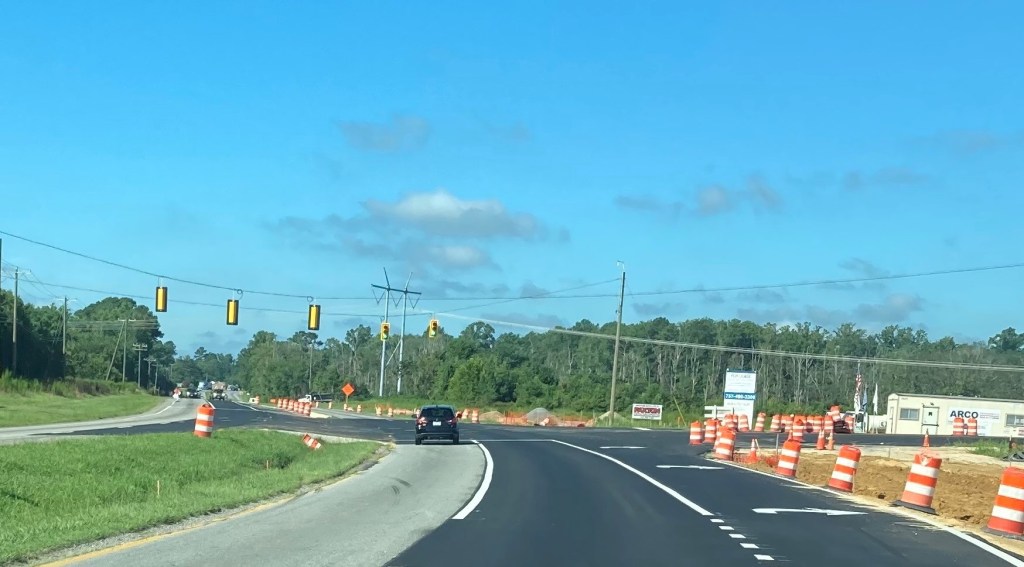 A new traffic signal on Route 58 went live on Thursday morning as part of the Route 58/Holland Road Corridor Improvements Project, according to a city press release.

The signal is located in the 2700 block of Route 58/Holland Road and the intersection of the new Enterprise Drive, currently under construction. Signal ahead signage has also been put in place, and a variable message board alerts the motoring public.

Suffolk Public Works and the Suffolk Police Department are reminding citizens that work zone safety and the safety of motorists are always top priorities. Most work zone traffic incidents are caused by excessive speed, driver inattention and driver impairment. The key to eliminating these dangerous encounters is for motorists to slow down and pay attention when traveling through work zones.

To improve safety for the travelling public, the contractor’s crews, and city staff, motorists can expect police enforcement within this project work zone to include red light running, truck safety, sobriety checkpoints, and increased fines up to $500 per speeding violation.

The Route 58/Holland Road Corridor Improvements Project is a 3.1-mile widening project that will provide the construction of an additional travel lane both eastbound and westbound from the Route 58/13/32 Bypass, to approximately 0.7 miles west of Manning Bridge Road, with an estimated project completion date of December 2024.