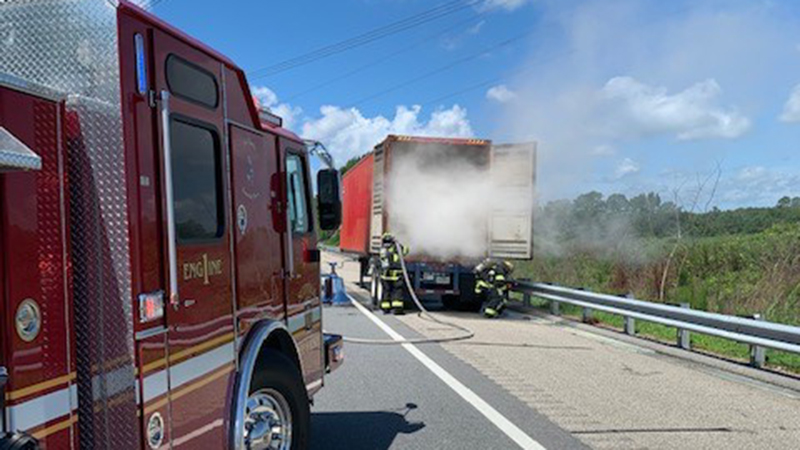 A tractor-trailer fire that resulted in a hazardous materials incident partially closed the Southwest Bypass in the northbound lanes heading toward Route 58 for part of Thursday.

Emergency Communications received the call at 11:29 a.m. advising of a tractor trailer fire on the Southwest Bypass headed towards Route 58 northbound, according to a city press release. There were no injuries.

The driver of the tractor-trailer was able to pull over to the shoulder of the road and detach the cab from the burning trailer to avoid extension. Suffolk Fire & Rescue crews were able to extinguish the fire that was confined to the trailer loaded with computer parts and batteries.

Due to the contents and proximity to a nearby retention pond, a Virginia Emergency Management Hazardous Material Officer was on scene assisting in clean-up efforts. The cab was reconnected to the trailer in order to move it from the roadway to another location so as not to further impede traffic. There, the burned contents and debris were offloaded and separated from the other contents for farther transport. These efforts were anticipated to take several hours.