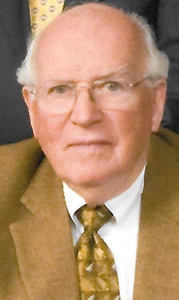 Thomas Henry Birdsong III, 94, died on Aug. 20, 2021. He was an only child and predeceased by his parents, T.H. Birdsong Jr., and Virginia Wishart Birdsong; and by both his first wife, Annette Jones Birdsong, and his second wife, Constance Bradshaw Birdsong.

He attended Suffolk High School and was a graduate of Randolph-Macon College (Class of ’49), Ashland, with a degree in history and government. He served two years in the U.S. Navy, active duty, during World War II. He entered the peanut business in 1949 with Birdsong Peanuts, Suffolk, and spent his entire career spanning 72 years with the company and was the chairman at his death. In 2000, he was inducted into the Peanut Hall of Fame by the American Peanut Council for his “Outstanding Contributions” to the peanut industry.

In 1965, Mr. Birdsong became executive vice-president and general manager of the southwest operations of Birdsong Peanuts, headquartered in Gorman, Texas. While in Texas, he served on many associations and community activities, such as helping establish and finance the Birdsong Women’s Center at the Harris Methodist Hospital in Stephenville. He was a charter member of the Cross Timbers Fine Arts Council. He was active in First United Methodist Church, the NCNB Bank and Tarleton State University (A&M System) all in Stephenville, Texas. While active at Tarleton, he was a member of the President’s Club, trustee emeritus of the Tarleton State Foundation, established the Endowed Scholarship in Hydrology and endowed the arts program. He was presented the Conservation Businessman Award by the Upper Leon Soil and Water Conservation District in 2000. He served four terms as president of the Southwestern Shellers Association; chairman of the National Peanut Council; he served on the Ex-Officio Advisory Board Long-Range Planning for the National Peanut Council; he served on the Advisory Council for the Secretary of Agriculture at the federal level; chairman, Southwest Peanut Research and Education Advisory Committee and director of the West Texas Chamber of Commerce.

Upon retirement from his peanut company responsibilities in Texas, he moved to White Stone, and later he and his wife moved to Rappahannock Westminster Canterbury, where he was involved with organizations such as Historic Christ Church, Chesapeake Academy, Rappahannock Art Center and the Virginia Quality Life program.

A trustee emeritus of Randolph-Macon College, Mr. Birdsong served on the board for two terms from 1981-1994 and 1995-2001 including a term as vice-chair of the board. He served on the executive committee of the Boydton Society and Board of Directors of the Society Alumni. He and Birdsong Peanuts were significant donors to the Birdsong Field House, Birdsong Hall (dormitory), Birdsong Café, Birdsong Peaks of Excellence Center, Birdsong Townhomes, improvements to the athletic facilities and other projects. He financially supported several students in order for them to attend Randolph-Macon College. He helped ensure the college’s future by establishing a charitable unitrust that has become part of the college’s endowment. In honor of his business, civic and philanthropic contributions, in 2003 he was awarded an Honorary Doctor of Law Degree from the college. He was bestowed one of the college’s highest honors, The Algernon Sydney Sullivan and Mary Mildred Sullivan Award, for humble service to others.

He had a full and meaningful life in all that he did. He was generous with his time and resources to many individuals and charitable endeavors. To all of his family and friends and the communities where he lived, he was a kind, thoughtful and loving man who will be dearly missed.

Due to the coronavirus, a church service is inadvisable at this time. The celebration of life and burial will be held at 1 p.m. Wednesday, Aug. 25, 2021, at Cedar Hill Cemetery, 102 Mahan St., (off North Main Street) Suffolk, VA 23434. In lieu of flowers, donations may be made to Randolph-Macon College, P.O. Box 5005, Ashland, VA 23005 or Animal Welfare League of the Northern Neck, 75 S. Main St., Kilmarnock, VA 22482. The family expresses much gratitude to those who knew and cared for him at his home and at Kilmarnock Westminster Canterbury and Rappahannock General Hospital. R.W. Baker & Co. Funeral Home and Crematory in Suffolk is serving the family. Condolences may be registered online at RWBakerFH.com. 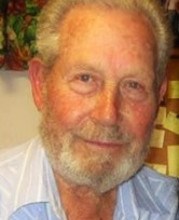