One displaced after lightning strike 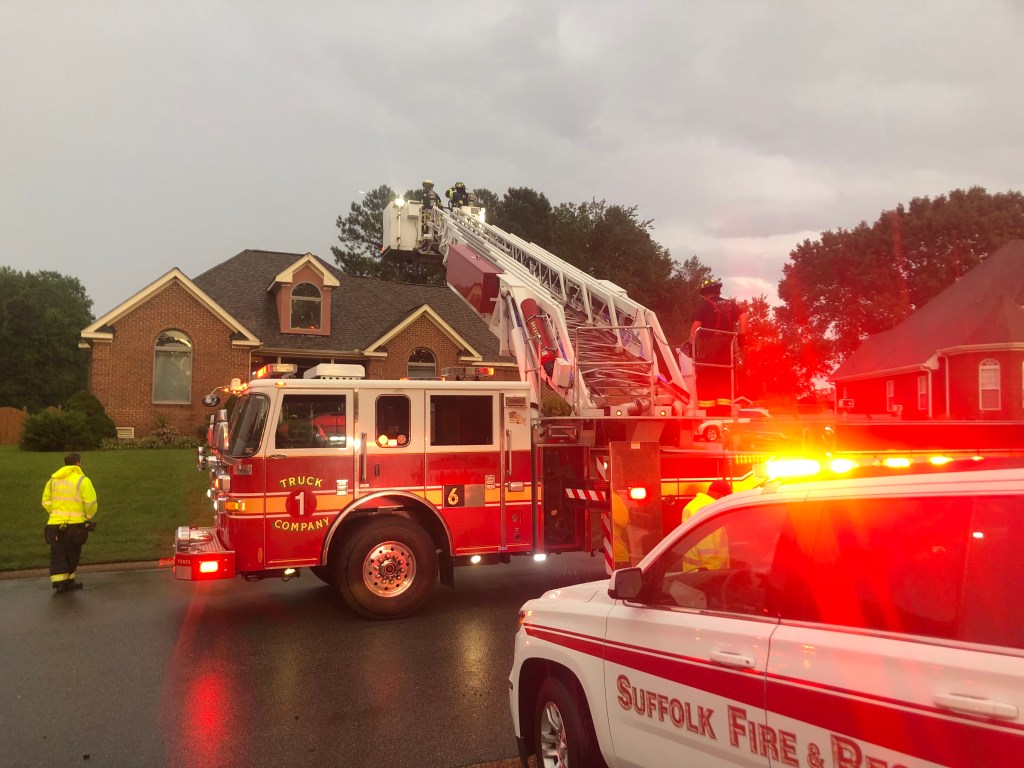 Suffolk Fire & Rescue crews responded to a lightning strike at a home on Sunday. (City of Suffolk Photo)

Fire crews were dispatched at 6:42 p.m., according to a Suffolk Fire & Rescue press release. Engine 1 arrived on scene at 6:49 p.m. and found a one-story residential structure with light smoke showing from the roof.

Further investigation revealed that the residence had been struck by lightning, causing thermal and structural damage to the roof line on a dormer. Crews did not find active fire in the residence. The electricity to the structure was disconnected at the main breaker, as the lightning strike had also damaged the home’s electrical wiring in the attic.

One resident was home at the time of the incident and was able to safely exit the structure prior to the arrival of Suffolk Fire & Rescue crews. The resident has been displaced and will be staying with family.