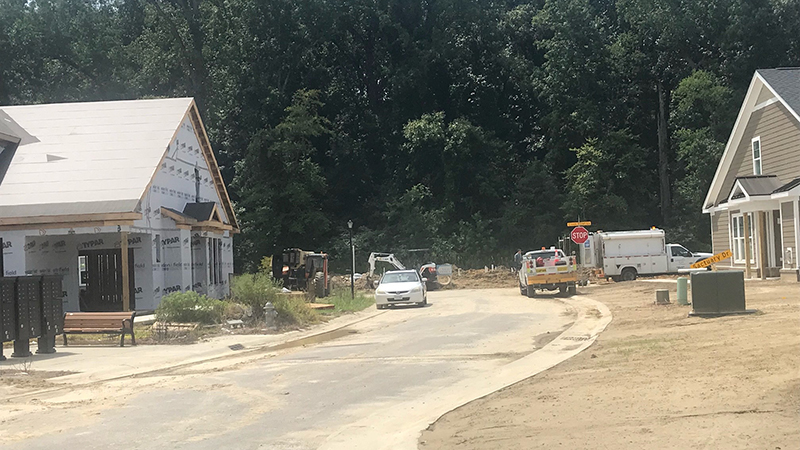 A gas leak occurred in the 100 block of Creek Front Lane on Tuesday afternoon. (City of Suffolk Photo)

Several people were evacuated from their homes, and others told to shelter in place, during a gas leak on Tuesday.

Suffolk Fire & Rescue responded to the scene in the 100 block of Creek Front Lane in the Retreat at Creekside Village neighborhood, according to a city press release. The call was received at 11:59 a.m.

A construction crew reportedly hit a 2-inch gas line, according to the press release, and Columbia Natural Gas responded to secure the leak.

Four residents from three nearby homes were evacuated to the clubhouse, and they were permitted to return prior to 2 p.m. Other residents in the immediate area were told to shelter in place. No injuries were reported.