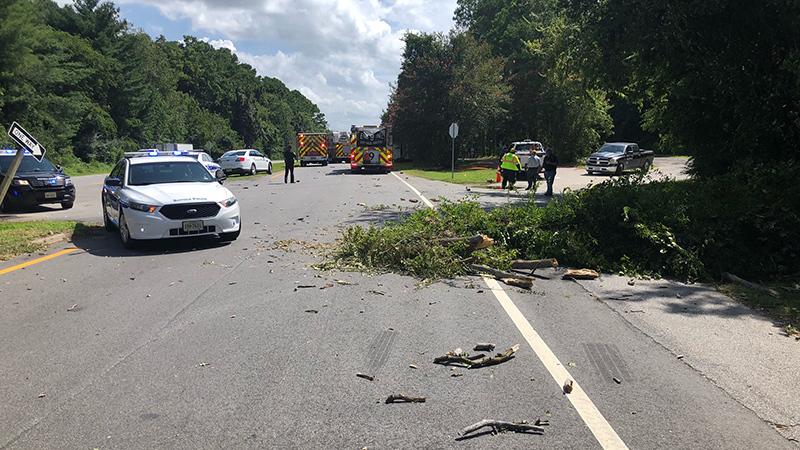 UPDATE: The driver of the vehicle is in good condition at an area hospital, according to a city press release.

Suffolk Police say the vehicle involved in the accident was struck by a falling tree branch as the vehicle approached the location where the incident occurred.

Earlier: A man was critically injured in a crash Wednesday afternoon.

Suffolk Police and Suffolk Fire & Rescue responded to the single-vehicle accident in the 2200 block of southbound Bridge Road at the foot of the Mills Godwin Bridge. Emergency Communications was notified of the accident at 2:07 p.m., according to a city press release.

Upon preliminary investigation, it was determined that a vehicle struck a tree branch in the roadway. Due to his injuries, the adult male driver was extricated from the vehicle by Suffolk Fire & Rescue personnel and, following emergency medical assessment and treatment by Suffolk Fire & Rescue personnel, he was taken by ground ambulance to an area hospital with critical injuries. The passenger suffered minor injuries and was treated at the scene.

The southbound lanes on Bridge Road near Eclipse Drive were closed after the accident and reopened before 5 p.m.

The investigation remains ongoing. No further information is available for release.