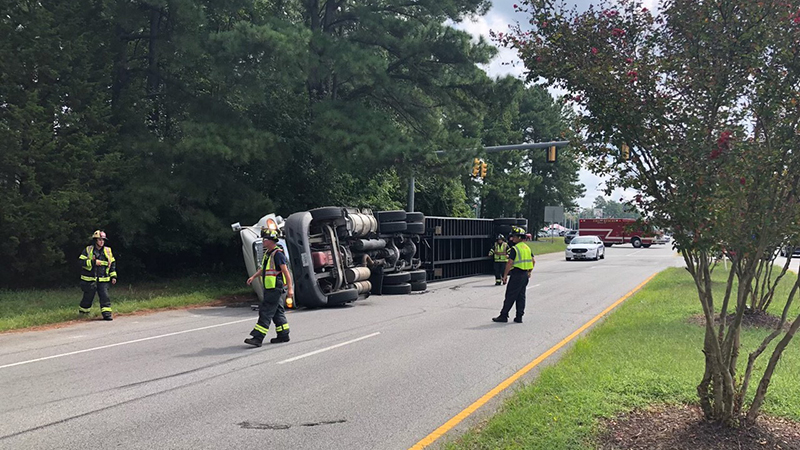 The crash happened about 11:29 a.m. on westbound Pruden Boulevard at Route 58, according to a city press release.

There were no injuries reported, but the driver did undergo medical assessment by Suffolk Fire & Rescue personnel at the scene, the press release stated.

Westbound Pruden Boulevard at this location was closed for part of the day, but reopened about 2:35 p.m.