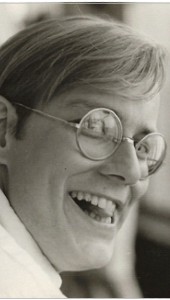 John Bennett Artman, 73, passed away peacefully and in the embrace of his loving family at home on Aug. 28, 2021, after a short but nonetheless spirited and courageous encounter with brain cancer.

John was born in Washington, D.C., on Aug. 17, 1948, to Col. R. Townsend Artman, M.D. (Ret.) and Blythe Miller Artman. A military brat, John spent his childhood and early adolescence in Kentucky, Hawaii and West Virginia before eventually moving to Suffolk, the birthplace of his father and hometown of many Artman generations before him. A high school basketball standout and proud owner of a ramshackle 1948 Willys-Overland (Jeep) Jeepster, John would go on to graduate Suffolk High School in 1966 and matriculate at The College of William & Mary where, despite his prioritization of anti-war and racial justice protest and civic action, he managed to earn in 1970 a Bachelor of Arts degree in government and philosophy. From there, John criss-crossed the country and took jobs in myriad industries — social services, shipping, food service, commercial real estate and public accounting — before settling in Richmond. It was here that he went on a blind date with Louise Cranford, the sweet “knockout” girl from Albemarle, North Carolina, he would marry at Richmond’s St. Paul’s Episcopal Church in July 1983. Over the next 38 years of life together, John and Louise would move to Edenton, North Carolina, raise twin sons Owen Brinkley and Townsend Bennett Artman and devote themselves to loving, learning and looking forward to the future.

To his wife, John was the laughter of her soul, always there for conversation, insight and learning. Brinkley, John’s firstborn, most appreciated his earnest and unapologetically vocal commitment to social justice, depth of empathy and emotional celebration of the arts, history and culture. John dared Brinkley to dream big and to persevere and was always there to provide encouragement, understanding and a shared wonder at the world. And to his younger son Bennett, John was as much a father as he was a friend, partner and trustworthy confidant. John was the person with whom Bennett most liked to share, dream, laugh and learn, and he will be sorely missed. Together, John’s wife and children will cherish their memories of his penchant for expressing love through cooking and gift-giving, his silly antics and wry sense of humor, his passion for learning and teaching, his talent with the written word, his empathy, sensitivity and unyielding pride in his family.

But John was many things to many people. That is why the Artman family humbly requests that friends send their memories of John to dear.johnartman1948@gmail.com.

An 11 a.m. graveside service will be held on Saturday, Oct. 30, at Cedar Hill Cemetery at North Main Street/Mahan Street. A reception will immediately follow in the BB&T Art Gallery at the Suffolk Center for Cultural Arts, located at 110 W. Finney Ave. The R.W. Baker Funeral Home in downtown Suffolk is handling arrangements. Memorial contributions may be made to the Suffolk Center for Cultural Arts.