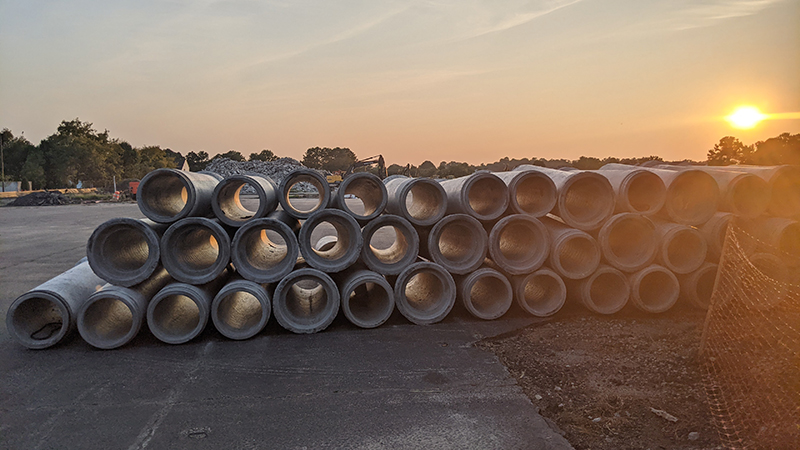 Construction is set to begin soon on a mixed-use development off Godwin Boulevard.

The site of a former Lowe’s store off Godwin Boulevard will be the site of a mixed-use development.

Deputy City Manager Kevin Hughes said the nine-acre site at 3061 Godwin Blvd., which The Gallery at Godwin LLC purchased for $3.8 million from Project 10 LLC in June, would likely look like a smaller version of the Bridgeport development off of Bridge Road in North Suffolk.

“It’s kind of the style of what’s up on the (U.S.) Route 17, Bridgeport,” Hughes said. “So the bottom floor, we’ll have a retail and commercial component and the upper floor will be apartment rental units.”

Bridgeport is a mixed-use development across from Bennett’s Creek Farm Market and has a 288-unit, multi-family community with one- and two-bedroom apartments above a mix of ground-level businesses.

The Gallery at Godwin “won’t be the same size,” Hughes said. “It’ll be like an enclosed building versus a garden-style walkup apartment variety with leasing opportunities.”

The property is next to Goodwill, whose 15,477-square-foot retail property at 2901 Godwin Blvd. was bought by Stablewood Properties LLC in August for $4.5 million as an investment, according to Cushman & Wakefield/Thalhimer Capital Markets Group.

The former Lowe’s has been vacant since 2001, when the retailer relocated to North Main Street. The previous owner, Sherrell J. Aston, paid $1.3 million for the property in 2004, and  had stated plans to redevelop the site. However, he had also incurred several fees while it owned the property, though he paid them off by late 2017.

With the plans under way and dirt moving at the site, it’s part of a development push in the Godwin Boulevard corridor between the U.S. Route 58 overpass and King’s Fork Road.

The second part of the Godwin Park project is contingent upon road improvements on Godwin Boulevard from the U.S. Route 58 Bypass to Kings Fork Road, which, as part of that, would widen that stretch from four to six lanes.