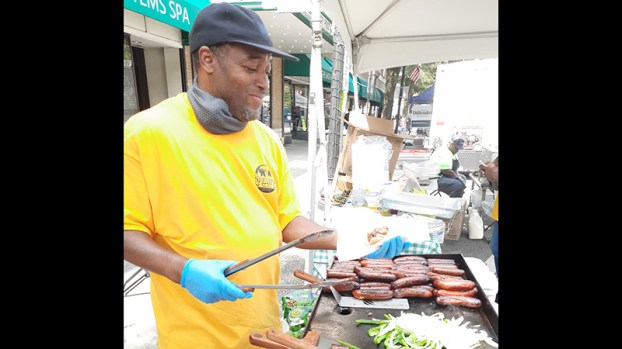 Curtis Saunders cooks brats, peppers and onions for Ryan's Steaks and Cakes at Taste of Suffolk on Saturday. 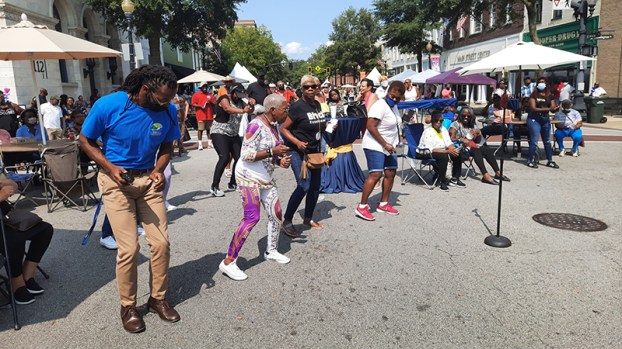 A group of people dance to the music at Taste of Suffolk. 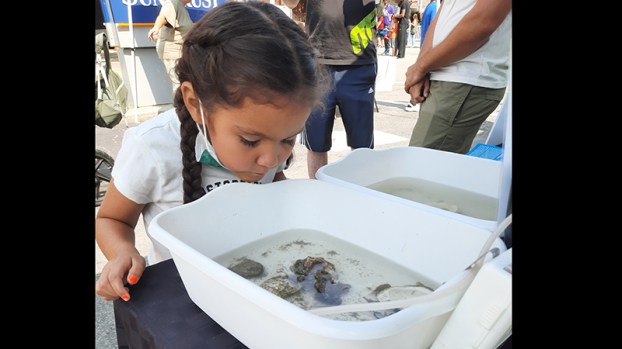 Genevieve Fisher, 4, checks out river critters on display at the Nansemond River Preservation Alliance booth at Taste of Suffolk. 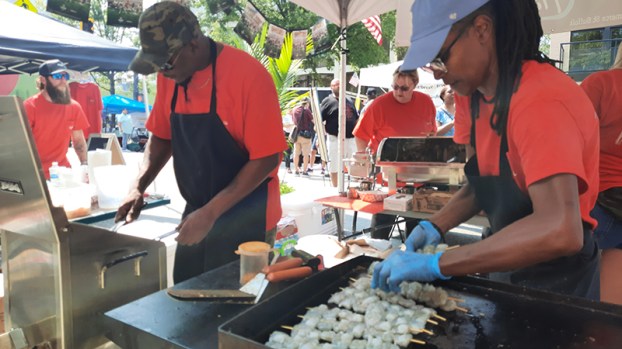 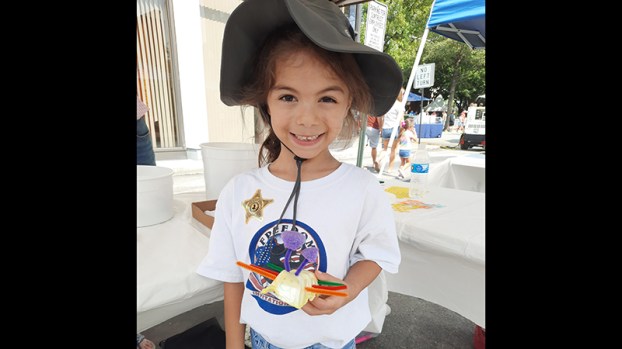 Evelyn Tartaglia, 6, holds an egg carton caterpillar she decorated at Taste of Suffolk. 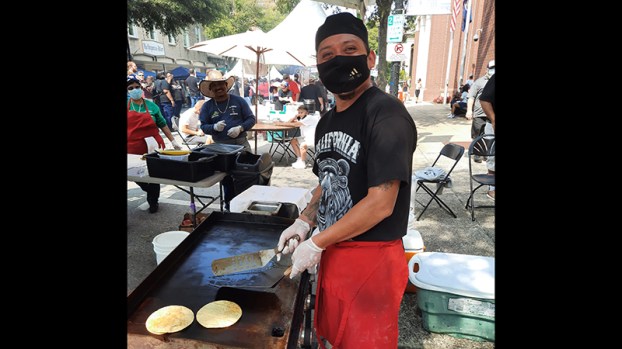 Rolando Gomez works the grill for El Korita at Taste of Suffolk. 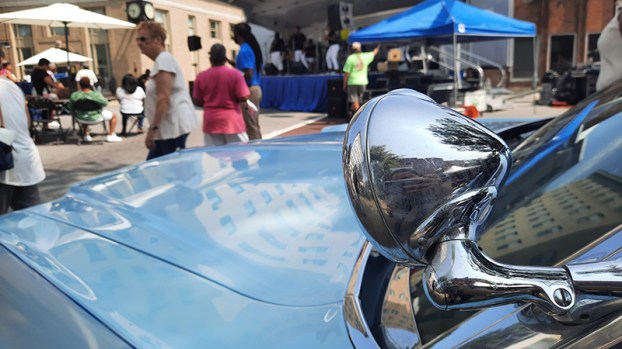 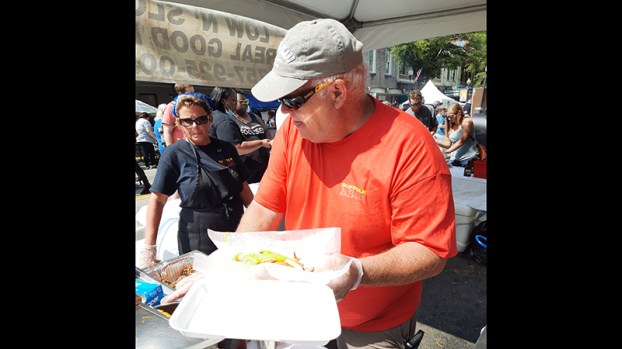 A beautiful day drew hundreds of people to downtown Suffolk for a street festival focused on good eats and drinks.

Taste of Suffolk was in its 15th year, and folks got the chance to visit booths set up by local restaurants and sample offerings. There was also a beer garden, vendors, a new vehicle exhibition, musical entertainment, kids’ activities, eating contests, a plant sale and exhibition by the Master Gardeners and the Nansemond River Preservation Alliance, and more.

The restaurateurs on site raved that the event was busy and getting them lots of new customers.

“It’s awesome,” said Katie Teu of High Tide, an eatery on North Commerce Street that opened in the midst of the pandemic. “Everything has been great, and we’re happy everything is opening back up.”

Rudy Delgado of El Korita said he was thinking the event would be slow, but they had started to sell out of some items, like street corn, less than halfway through the event.

“We need this,” he said as an employee enthusiastically handed out business cards to customers waiting on tamales and tacos and told them the restaurant was right around the corner. “There’s a lot of people that don’t know where we are. It’s good because you get more clientele, more business.”

Tonya Batten of Ryan’s Steaks and Cakes also said the event was good for her restaurant as she fried up funnel cakes.

It wasn’t just downtown restaurants that got a boost from the event. Totoy’s Filipino Restaurant, located on Hampton Roads Parkway in North Suffolk, was participating in the event for the fifth year.

“It’s nice,” said Lynn Carbonell, who runs the eatery with her husband, Donald. “Downtown Suffolk is a hidden gem.”

And Wayne Powers of Suffolk BBQ Co., which has locations on Main Street as well as at the Suffolk Executive Airport, said every year the event sends new customers to both locations.

“The city did a great job for us,” he said. “It’s our favorite outdoor event every year.”

Suffolk Parks & Recreation manages the event each year. Jason Pittman, recreation supervisor for special programs, said the event is “a great opportunity to show off all the local restaurants.”

“I think it’s a great chance for them to get some exposure,” he added.