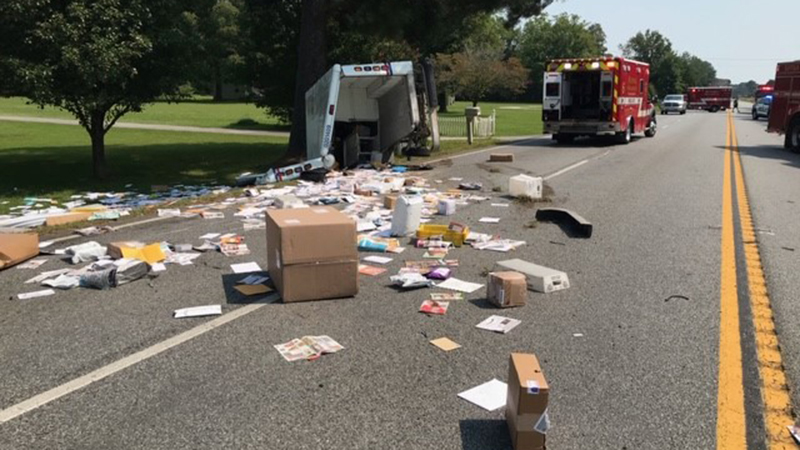 A mail truck and SUV were involved in a crash Monday afternoon on Pruden Boulevard. (City of Suffolk Photo)

UPDATE: The roadway has reopened.

Earlier: Suffolk Police and Suffolk Fire & Rescue units are currently on the scene of a crash involving a U.S. Postal Service truck and an SUV that occurred Monday afternoon.

Emergency Communications received the call at 12:18 p.m. advising of the crash that occurred in the 4200 block of Pruden Boulevard, which currently has all lanes of travel closed, according to a city press release.

Suffolk Fire & Rescue personnel extricated an adult male and provided emergency medical assessment and treatment prior to him being airlifted by Nightingale to a local hospital with serious injuries. An adult female also received emergency medical assessment and treatment and was taken by ground ambulance to a local hospital for further treatment of serious injuries.

This portion of the roadway is anticipated to be closed for an extensive period of time as the vehicles and the contents from the U.S. Postal Service truck are removed from the roadway. The investigation into the cause of the accident remains ongoing.