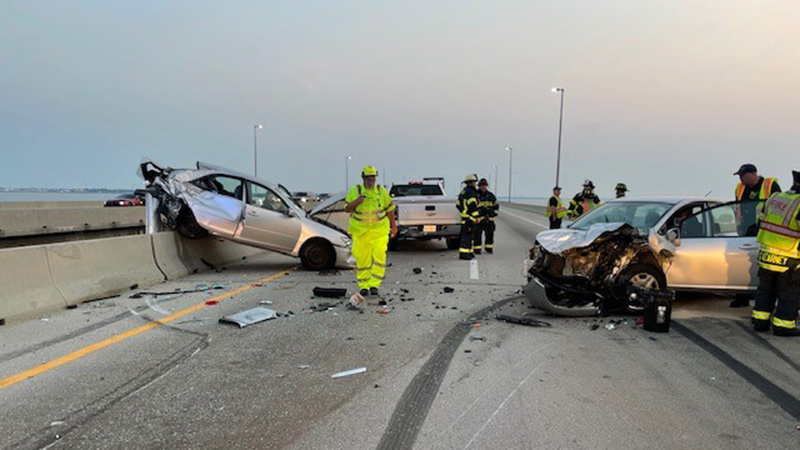 The crash happened about 6:28 a.m., according to a city press release.

Suffolk Fire & Rescue crews provided emergency medical assessment and treatment, and an adult female and adult male were taken by ground ambulance to a local hospital for treatment of injuries not considered life-threatening. Units cleared the scene at 7:08 a.m.