Suffolk looking for public input on next police chief 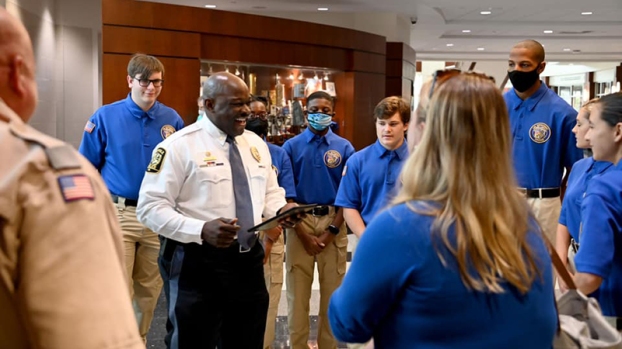 The Suffolk Police Department has been without a permanent police chief since June 2020 when former chief Thomas Bennett retired.

Initially, Maj. James “Danny” Buie was named acting police chief while Bennett, who had served as police chief since 2009, took leave until his official retirement date of Aug. 1. At that time, then-City Manager Patrick Roberts said there would be a robust, thorough and transparent process to select a new police chief.

A day after Buie was named acting police chief, however, Al Chandler, who has been with Suffolk Police since 1999, was named interim police chief and has remained in that position since. It was on that same day that Al Moor was named deputy city manager.

Moor would, by October, be named as interim city manager, and last month, he had the interim tag taken off of him.

The city has prepared an online survey for residents to indicate what they want in a new police chief at https://www.surveymonkey.com/r/COSCOMMUNITY. It says information provided by residents and police department staff will be used to put together the selection brochure, and then it will be posted nationally to LinkedIn, Indeed, International City/County Management Association and the International Association of Chiefs of Police. The survey will close at 11:59 p.m. Sept. 30.

“I encourage members of the public to get involved in the process and to share their thoughts about the qualifications and characteristics that they feel the ideal candidates must have,” Moor said in a statement. “Input from the public is a vitally important part of this process and will help ensure we find candidates whose experience and qualifications best align with the needs of our city.”