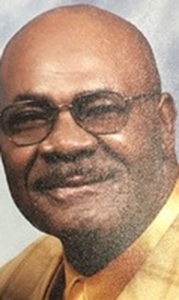 Eddie Lee Davis Sr., 87, of 928 Palmer St., Portsmouth, transitioned into eternal rest on Thursday, Oct. 7, 2021. He was born Nov. 11, 1933, in Edgecombe County, North Carolina, to the late Vinson Dickens and Henrietta Carr Davis. He was preceded in death by Eunice Almeda Smith Davis, his loving wife of 54 years; Bennie Davis Sr., his stepfather; Mary Lee, Ruby Lee, and Susie Elizabeth, his sisters; and Robert and William Sylvester, his brothers.

Eddie Lee or “Loc Jaw,” as he was affectionately called, was educated in North Carolina and Virginia public schools. He retired from Newport News Shipbuilding, then later worked at Cedar Point Country Club. He was a faithful and long-time member of East Baptist Church, its Sunday School and Usher Board. He was also a Mason and member of Elks Lodge 206.

The family sincerely thanks the administration and staff at Sentara Norfolk General Hospital, Bon Secours Maryview Medical Center, and Portside Health & Rehab Center for all their care and support over the past two months.

A celebration of life will be held at 11 a.m. Friday, Oct. 15, 2021, at East End Baptist Church in Suffolk. Interment will follow at Woodlawn Memorial Gardens in Norfolk. Professional services with dignity have been entrusted to Crocker Funeral Home Inc.