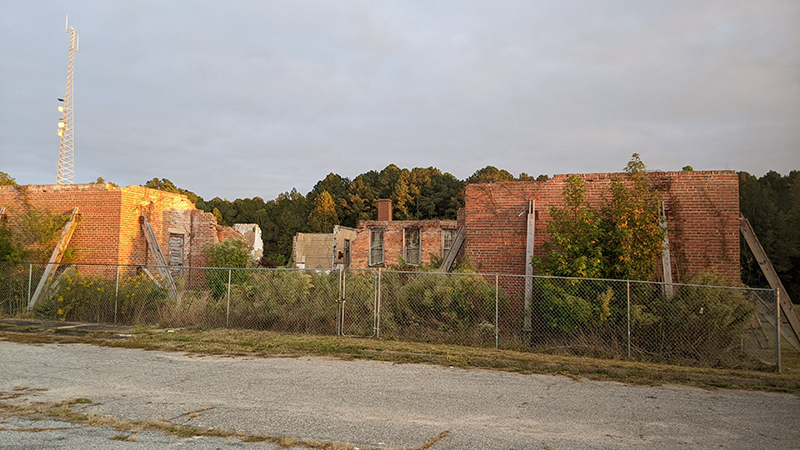 In the proposed Parks and Recreation Department’s five-year master plan is to evaluate recreation options for the former Southwestern school in the Holy Neck area, shown here, and for the Whaleyville Annex.

Council members peppered Parks and Recreation Director Mark Furlo with questions about different department initiatives, focusing on recreation centers during a briefing on a draft of a new master plan.

Furlo, during the Oct. 6 council meeting, told council that the master plan adopted in 2016 had met about 73% of its goals, while 16% were still in progress and 11% were ongoing. The department must complete a new master plan and have council approve it to maintain its accreditation with the Commission for Accreditation of Park and Recreation Agencies.

He outlined eight broad goals for the department over the next five years, with numerous objectives for each, with much of its goals centered on enhancing trails and their connectivity, improving water access and completing new parks, facilities and open space. The Parks and Recreation Commission approved those goals and objectives in March.

“That’s a very aggressive master plan,” said Councilman Roger Fawcett. “You guys have accomplished a lot, and it looks like you’re going to accomplish a lot more.”

Still, he and others had concerns about various initiatives.

Councilman Donald Goldberg called for the plan to include a downtown recreation center, noting the city has been without one for more than 15 years.

“I agree with you 100%,” Furlo said. “Ever since Birdsong (Recreation Center) was razed, we have left the population in the core downtown area without a place to go for recreation services.”

That took place in 2005, and the East Suffolk Recreation Center opened in 2007.

Fawcett said he doesn’t want the desire for an indoor aquatic center to be forgotten about, citing its popularity among those surveyed.

“It’s important for the youth of our city,” Fawcett said.

Councilman Tim Johnson asked Furlo about where recreation centers stand as part of the city’s philosophy for the future, especially out in areas such as Whaleyville and Holland, and said they need to be part of the long-range plan.

Furlo said there are no immediate plans to put a recreation center at the site of the former Southwestern school on Southwestern Boulevard, but the department wants to evaluate the site.

“We need to stop evaluating and start thinking what we’re going to do,” Johnson said.

In response to a question from Councilman Lue Ward, Furlo said there are no plans for a recreation center in the Nansemond Borough, though he said the new one going into the Bennett’s Creek area borders it in the northern end of the city.

Ward also asked how people would get to the recreation centers. Furlo said the department would look to establish connections to the Seaboard Coastline Trail as well as bus stops.

In Burbage Grant and nearby areas, Ward noted the lack of a park, with children having to pay to use the recreation in the schools. He said it has been a long-standing issue with all the housing construction coming in without recreation for children.

Furlo said the department has made upgrades to Magnolia Park in Huntersville, and it operates the joint-use recreation center at Northern Shores Elementary School.

He said when Burbage Grant and nearby neighborhoods were being developed, the city determined it was too costly to build parks after the fact, so it had required developers to include open spaces as part of their developments in the neighborhoods they were developing.

Mayor Mike Duman echoed the call by several council members for an aquatics center and the need for it and its economic impact. He also wants to see further progress on Lone Star Lakes Park and the Driver Transmitter Station.

Vice Mayor Leroy Bennett said he is keen on seeing the Driver Transmitter area developed into a park. Furlo said that would be addressed in the upcoming capital budget.

The vice mayor said he also wants to see increased connectivity with communities via the Seaboard Coastline Trail.