Three players get the chance of a lifetime 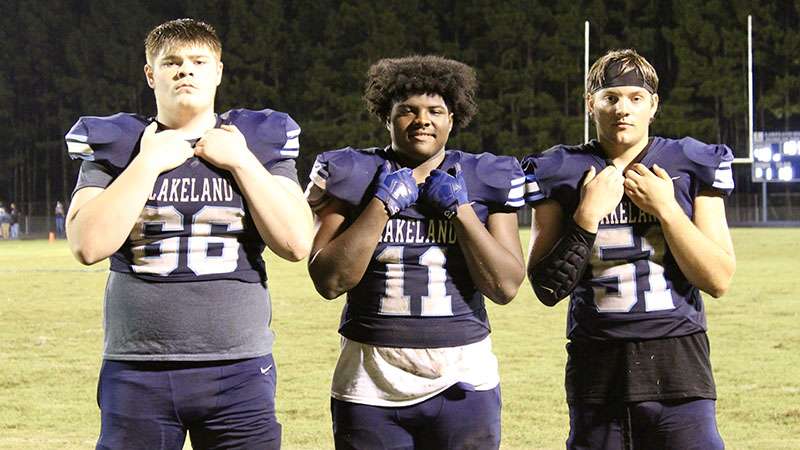 Zachary Bowen, Malachi Dokes and Tyler Davis are part of the Lakeland High School Football team who will participate in the Dream All-American Bowl on Jan. 17, 2022. (Submitted Photo)

Three Lakeland High School football players were chosen for a big opportunity to show off their skills.

Malachi Dokes, Zachary Bowen and Tyler Davis were selected to participate in the Dream All-American Bowl Rising Stars Game on Jan. 17, 2022, at the AT&T Stadium, home of the Dallas Cowboys in Arlington, Texas.

“It’s a great testament to their hard work and dedication to the team and program,” said Joe Jones, Lakeland High School football coach. “Any good thing that happens, I’m happy about it.”

The Dream-All American game showcases the nation’s best high school athletes. During this event, players will have the chance to learn from the best teachers in football, including former NFL players and current college coaches.

“I’ve been playing since I was 8 years old, and I’ve always wanted to play football after high school,” said Tyler, a junior at Lakeland High School. “I’m definitely excited, and I hope to make my name known.”

Only 176 students were chosen from across the country to participate in this once in a lifetime opportunity. The players selected had to be nominated and accepted into the game by a committee. In addition, these players had to demonstrate leadership skills on and off the field and stand out in their on-field performances.

“It means a lot to me to be a part of this,” said Malachi, a senior at Lakeland High School. “I feel like a lot of people doubted me. I only need one opportunity to prove myself and put my name out there.”

“It’s really exciting,” said Zachary, a junior at Lakeland High School. “We’re all super excited and very grateful to be a part of it.”

Folks can tune in to the live stream of the game at www.recruitnationlive.tv/watch on game day to cheer on Suffolk’s three football stars.