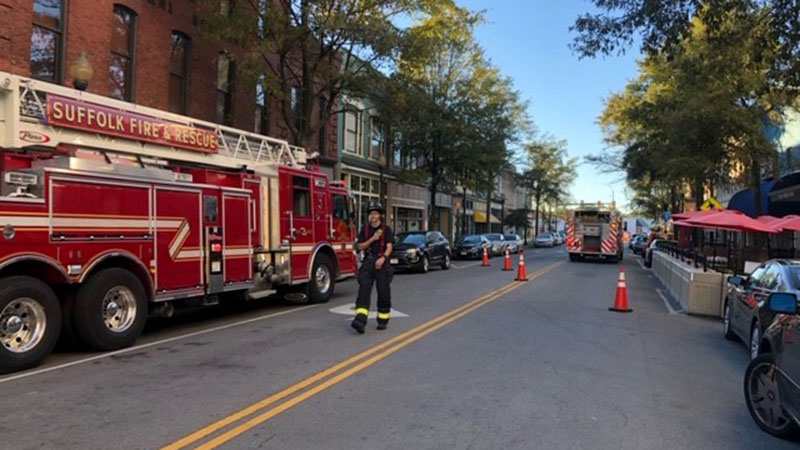 UPDATE: The gas leak was secured at approximately 7:47 p.m. and the residents that were previously evacuated have been allowed to return to their homes.

Earlier: A downtown gas leak has caused the evacuation of businesses and apartments and the closure of roadways.

The gas leak was reported at 4:39 p.m. It is affecting the 100 block of Saratoga Street between West Washington and Market streets.

A contractor struck a gas line while working in the area, the release stated. Firefighters have contacted businesses in the area, in addition to residents of The Lofts at One Eleven, to advise of the need to evacuate.

The Rehab Bus is on scene to provide temporary shelter to evacuees if needed. Suffolk Police are also on scene providing traffic control in the immediate area.