Family receives hope after a fire 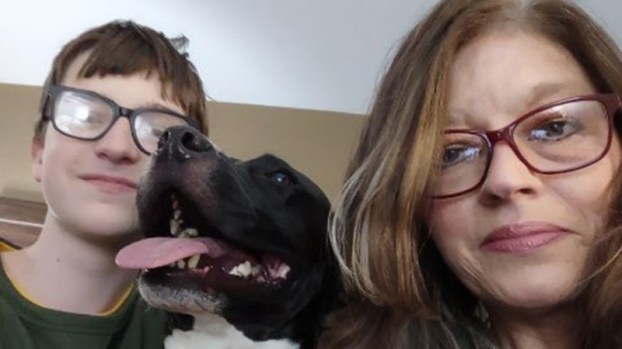 James Roland Lassiter, Renee Roland Humphries and their dog Zeus received incredible support from the community after their home on Holland Road burned down on Oct. 6. 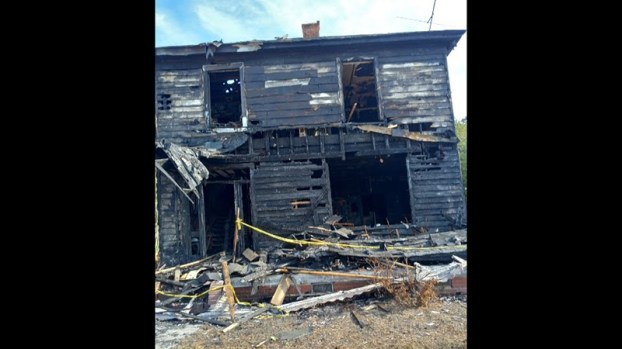 Renee Roland Humphries’ home in Holland burned leaving her and her family with only the clothes on their backs.

After a fire left a family with nothing but the clothes on their back, Suffolk stepped up to help them out.

Renee Roland-Humphries grew up in Suffolk before moving in 1991 to Hollywood to be a film producer before directing commercials. After 20 years, she faced an assault that left her disabled, so she moved back to Suffolk to raise her son, James Roland-Lassiter.

Unfortunately, around 3:40 p.m. on Oct. 6, while her sister was staying with her, Roland-Humphries’ home in downtown Holland caught fire. The house burned everything inside and melted the car parked in the garage. Luckily, the three made it out okay, but three cats were lost in the fire. As their house burned, their neighbors went into action.

During the fire, one neighbor kicked down the back door, which allowed their pitbull, Zeus, to escape the fire. Other neighbors called 911, gave them cash, gave dog food, and one woman gave James the shoes off her feet because he was barefoot.

“I am humbled by it,” said Roland-Humphries. “I left Suffolk at 21 and took off for the city to fulfill my dreams to work in movies. I didn’t build roots in the area. I don’t know many people here and to see people come out for a neighbor they don’t know is overwhelming.”

Matthew Johnson, the lead pastor at Holland Baptist Church, gave them Tracfones and activation cards so that Roland-Humphries could have a phone to make needed calls. He also set up a GoFundMe to help the family out. According to the GoFundMe description, Johnson had to raise what he thought was an unreachable goal of $10,000 to $30,000. The fundraiser is currently nearing $26,000.

“I want people to know that Holland Baptist Church showed up and took the reins to take care of us,” said Roland-Humphries. “It’s one thing hearing pastors and Christians talking about showing love to others, but this was them living out their faith and putting it into action. This isn’t even our home church.”

Roland-Humphries is currently staying at Quality Inn, but she has found a house to rent while they rebuild. During this time, her son is in Franklin with his grandparents to give him more stability than living in a hotel. James attends Forest Glen Middle School, which has done its part in taking care of the family. Knowing James collected elements from the periodic table, teachers gave him an element case and a few elements to restart his collection. He has also received a backpack and other needed school supplies.

According to Roland-Humphries, she meets someone who heard her story and wants to help out no matter where she goes. Al Forno Pizzeria, Suffolk Fire Department, Suffolk Police Department and Farm Bureau Insurance have been a few of many that have helped during this journey.

“I pray they all know how much they comforted us through this,” she said. “I am forever grateful.” 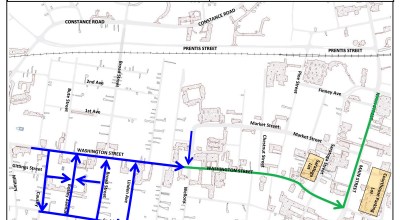 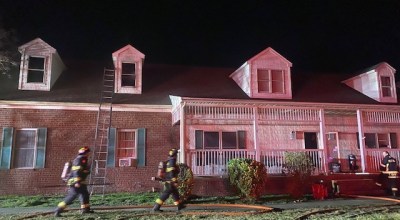