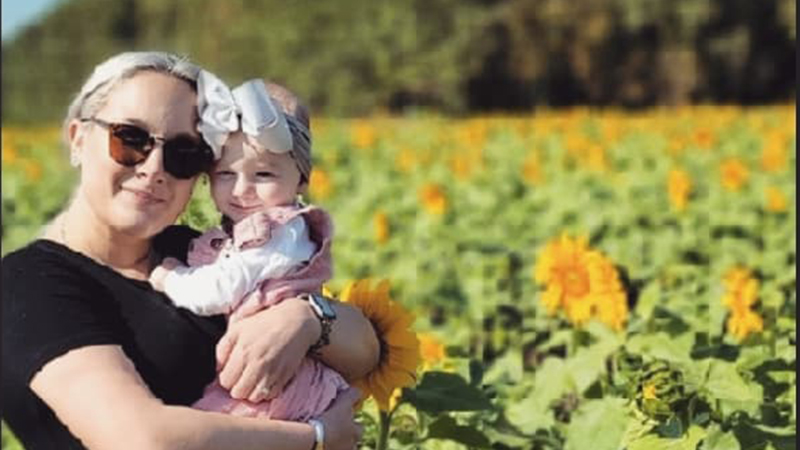 A local 911 dispatcher will have open-heart surgery this week, just a few weeks after starting her new job in Suffolk.

Brandy Maas, 30, started working in Suffolk as a communications operator in the Emergency Communications Center in September. She had previously worked the same job in Portsmouth, where her boyfriend is a police officer, for more than four years.

Unfortunately, the same week she started her new Suffolk job, symptoms of a genetic condition she has had since childhood started affecting her daily activities, and she hasn’t been able to work since.

Maas was born with obstructive hypertrophic cardiomyopathy, a heart defect that causes the heart muscle to become abnormally thick. It gets progressively worse over time.

The condition is rare, and it is rarer to have symptoms, and less common still to need surgery. However, Maas is one of the unlucky few. Several of her family members have also suffered with the condition.

“My little sister went through this when she was 16,” Maas said. “My mother has a pacemaker. It’s a genetic disease, but not every person presents the same symptoms or defects.”

Maas’ grandmother and uncle have also had the condition.

Back in September, she started experiencing dizzy spells, which progressed to passing out and seizures.

“We really couldn’t figure out what was going on at first,” she said. “They basically said the reason why I’m passing out is my body needs so much blood to circulate around, and my heart isn’t able to fill up or pump well enough to get blood everywhere and then back to my brain.”

For the past few weeks, Maas has been unable to work, as it’s best that she doesn’t drive due to the passing out and seizures. Doctors also told her to take it as easy as possible until the surgery.

She will be out of work for about seven weeks more weeks after the surgery and hopes to be back to work by the new year.

Since she just started her job with Suffolk, she doesn’t have any leave built up, and she and her boyfriend have an 8-month-old baby girl.

As she prepares for her open-heart surgery this week, she has set up a GoFundMe page to ask for help, even though that’s not in her comfort zone.

“I’m not expecting anything, but every little bit helps, even sharing the page as far as it can go,” Maas said. “I grew up never really asking for anything. It’s really hard to put that aside and ask for help, even when you know you need it.”

The campaign has raised a little over $1,200 so far. Visit gofundme.com/f/yf8mxw-open-heart-surgery to donate or share.