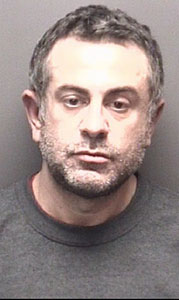 Suffolk Police have made an arrest in an impersonating a police officer incident that occurred on Thursday.

Suffolk Police originally received a complaint regarding a subject who reportedly displayed law enforcement credentials during a verbal altercation on Nov. 4, according to a city press release.

On Nov. 5, the subject was identified and located, and it was determined he was not a current member of any law enforcement agency, the press release stated.

Joseph Anthony Buono, 50, of Suffolk, was arrested on a charge of impersonating a law enforcement officer and transported to Western Tidewater Regional Jail.

No additional information is available for release.