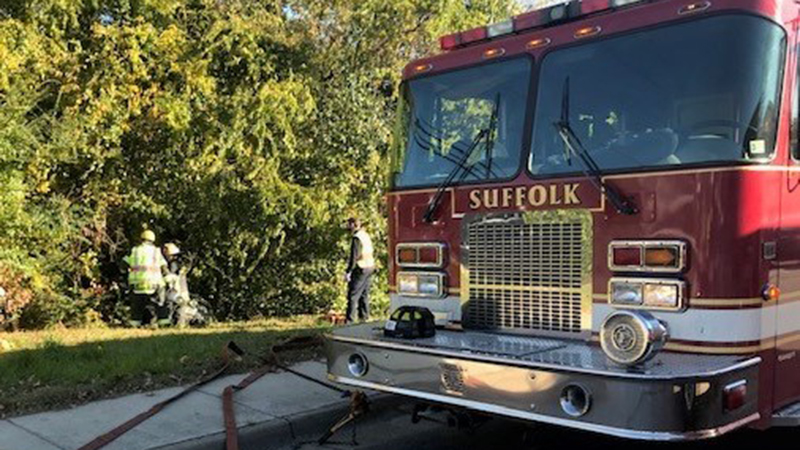 A woman was taken to a hospital with serious injuries after a crash Monday afternoon.

Suffolk Police and Suffolk Fire & Rescue responded to the two-vehicle accident in the 1400 block of North Main Street.

Emergency Communications was contacted at 2:40 p.m. advising of the accident involving a passenger vehicle and a box truck.

Preliminary investigation found the passenger vehicle left the roadway and came to rest in a ravine on the side of the road. Suffolk Fire & Rescue personnel initially had to stabilize the vehicle before the adult female driver, the only occupant, could be extricated. She received emergency medical assessment and treatment and was ground transported to Sentara Norfolk General Hospital with serious injuries.

A portion of the roadway in the immediate area was closed following the accident.