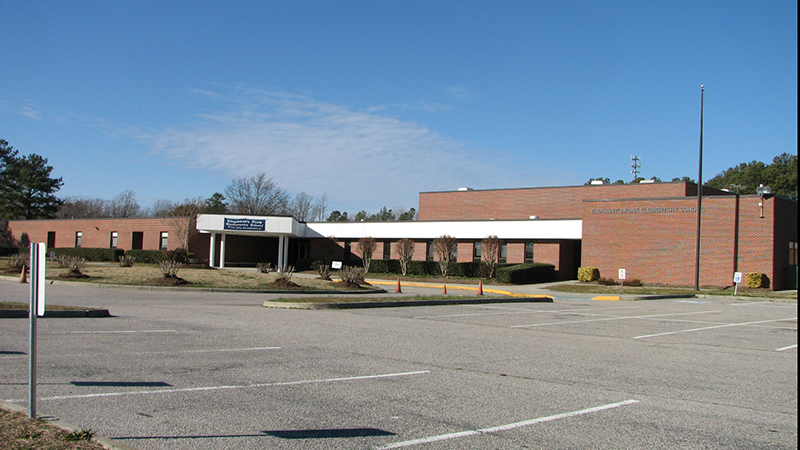 Elephant's Fork Elementary School was one of five of the city’s public schools rated in poor condition earlier this year by a facilities study.

The city’s legislative consultants outlined a draft of legislative priorities for the upcoming General Assembly session, with public education expected to be the city’s highest priority.

City Council is expected to vote on a resolution adopting its 2022 legislative agenda at its Dec. 1 meeting. Legislative liaisons with Access Point Public Affairs outlined the legislative strategy for the upcoming session. Suffolk is the first locality the organization has fully represented, according to its president Mindy Carlin, and it did represent Norfolk on casino gambling, but it also has clients among Chambers of Commerce, the energy sector, healthcare, infrastructure, telecommunications.

“We bring to the city of Suffolk longstanding relationships that we’ve developed over many years,” Carlin said.

Specifically, it expects to call on the state legislature to fund “the true and necessary cost” of constructing and modernizing school buildings.

The city’s high schools were rated in better condition, but Nansemond River is overcapacity and King’s Fork is at capacity.

Additional priorities for the city are expected to include the federal recovery request for exemption for the Western Tidewater Regional Jail and maintain and strengthen the principal sovereign immunity for local governments and their officials.

It also will look to push for universal broadband statewide by 2024, and it will also advocate for innovative funding programs for affordable housing and amendments to the Department of Historic Resources’ Cemetery Preservation eligibility of funding parameters, specifically the unintentional inequities the program lends to historic African American cemeteries. The latter is an issue Access Point President Mindy Carlin said came from Newport News and Hampton, and the city would be a partner in that advocacy.

Legislative program items for the city, many of which are ongoing priorities from past legislative sessions, include pursuing funding for Commonwealth Rail Line safety relocation and unfunded/underfunded mandates.

Newer items on the agenda are Freedom of Information Act expansion of electronic meetings outside of emergency periods and a provision to allow localities flexibility when determining the inclusion of public comment and participation, local government regulatory authority on land-use decisions, exempting farm equipment from the Department of Environmental Quality’s reformulated gasoline requirements — a recommendation from the Agricultural Advisory Committee — and, upon a recommendation from the Hampton Roads Planning District Commission and the Chesapeake Bay Foundation, supporting legislation to provide localities with greater authority in reforestation, preservation and management of urban forests.

For transit, the city will also support increased federal and state funding and policies that allow for equitable distribution of those funds.

In the realm of pollution of local waterways, will also ask for legislators to monitor the total maximum daily load process and work closely with state agencies to give “reasonable reductions” for industries that are primary contributors of polychlorinated biphenyls and limit a locality’s responsibility to control a load from sources that are legally allowed.

Other environmental priorities for the city are expected to be opposing any legislation to impose higher waterworks fee increases, supporting the expansion of local authorities to self-certify tax-exempt utility capital projects and supporting the development of maximum contaminant levels for perfluoroalkyl substances.

On financial issues, the draft list of priorities of the city calls for no reduction or limits to a locality’s taxing authority, protecting a locality’s ability to impartially regulate internet-based businesses and services to ensure a level playing field within markets, and it opposes the repeal or restriction of the business, professional and occupational license, or BPOL, tax, without another appropriate revenue-neutral source identified.

The city, on the recommendation of the Virginia Municipal League, is expected to support the broadening coverage of the communications sales and use tax, historic preservation tax credits and supporting the General Assembly’s decision to refuse exemptions from fees for special interests groups and/or industries.